Ron Morgan has eagerly awaited when the licensing rights to present “Mamma Mia!” would be released to regional theaters. 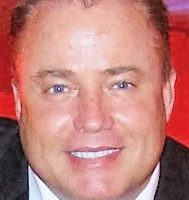 “I was so excited to hear Beef & Boards was including it in their season and very thankful they chose me to direct the show,” Morgan said. “I remember the late ‘70s and early ‘80s and the music of ABBA. I first saw the show in Chicago and decided I would love to do it someday.”

Morgan also will serve as choreographer for “Mamma Mia!” for 66 performances at Beef & Boards Dinner Theatre, 9301 Michigan Rd. Indianapolis, from Feb. 1 to April 8.

The story of a mother, a daughter named Sophie, and her three possible dads is set on a Greek island paradise and told through Swedish super group ABBA’s tunes. As Sophie prepares to marry, she wants her father to walk her down the aisle. She doesn’t know who her dad is, so she invited all three men to the wedding.

Morgan said the show does provide a need for more rehearsal time.

Morgan said he was fortunate to be included in the casting of the show, which involved a trip to New York City.

“We had a great turnout at the audition because actors simply want to perform in this show,” Morgan said. “We have a mix of very talented local and NYC actors in this production. I’m really looking forward to putting this one together.”

Morgan expects the show will appeal to a wide range of audiences.

“The music is so familiar to everyone and it makes you want to get up and dance,” Morgan said.

Morgan has freelanced for Beef & Boards as an actor, choreographer and director since 1989. He said he is fortunate to assist with casting and direct and/or choreograph five to six shows each season at Beef & Boards.