You are at:Home»Current in Zionsville»Zionsville Community»Hoosier Village chaplain to present WWII correspondent’s stories 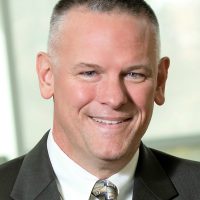 May learned more about what Pyle did while researching a two-part series for the Martinsville Reporter-Times. Pyle, who was from Dana, Ind., and attended Indiana University, died when he came under enemy fire in the Pacific Theater in 1945.

“During that writing, it occurred to me that I felt a connection to him,” May said. “He was obviously interviewing 18-, 19-, 20-year-olds in the middle of the combat during World War II, and here I am 70-plus years later interviewing 90- to 94-year-old men, having them recount many of the things Ernie Pyle would have interviewed them about at such a  young age.”

May, the Hoosier Village chaplain and Carmel resident, will be  in character as Pyle during the free performance at 1 p.m. Jan. 18 at Hoosier Village Chapel, 9875 Cherry Leaf Dr., near Zionsville’s border with Indianapolis. May said he expects the program, titled “Stories from the War,” will last approximately an hour. 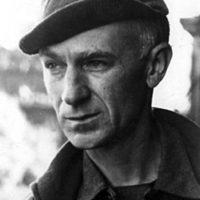 “I do first-person monologues when I preach on Sundays, and I really hadn’t tried a historical figure before,” May said. “I’ll briefly reflect on his life leading up to the war, but the primary focus will be on the stories he did on the war. I’ll read a selection from his writings from each of the combat areas that he was in, England, North Africa, France and over in the Pacific Theater.”

May said he has been planning for several months.

“I’ll use some audiovisuals and some photographs on the screens from a Powerpoint,” May said.  “I have a replica uniform of the era that he would have very likely worn.”

May’s book “Our Service, Our Stories:  Indiana Veterans Recall Their World War II Experiences,” was published in 2015. May is editing his second volume of veterans’ stories, which will include many Hoosier Village World War II veterans. The book will be released in the spring.