You are at:Home»Current in Zionsville»Zionsville Community»Zionsville school board approves $7M in bonds to fund HVAC upgrades

The Zionsville Community Schools Leadership Team conducted a study in 2016 to outline a list and timeline of major projects to be completed in the schools. The next prioritized project on that list is to update HVAC systems throughout the district. After a public hearing at the Jan. 8 meeting, the Zionsville school board approved the issuance of two bonds to complete the project. 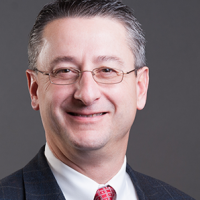 The first bond, 2018A, will fund renovations at Zionsville Community High School, Zionsville Middle School and Zionsville West Middle School that will impact more than 1 million square feet. The $5 million bond pays for chillers and cooling towers, boilers and new controls. Victor Landfair, vice president of the Skillman Corp., said the upgrades should allow better control of the operating system and long-term savings on repairs.

The second bond, 2018B, will impact more than 500,000 square feet at the elementary schools, primarily at Pleasant View. Landfair said some of the equipment at PVE is 36 years old.

This $2 million bond will be allocated similarly to 2018A, with 49 percent of funds going toward new operational controls and the rest toward mechanical systems.

Landfair said projects bids will be advertised in February and awarded in April. The project will be completed in phases, with renovations starting in June and ending in August 2019.