You are at:Home»Current in Fishers»Fishers Cover Stories»Architecture and the arts: Fishers utilizes Ball State students for visual arts center design 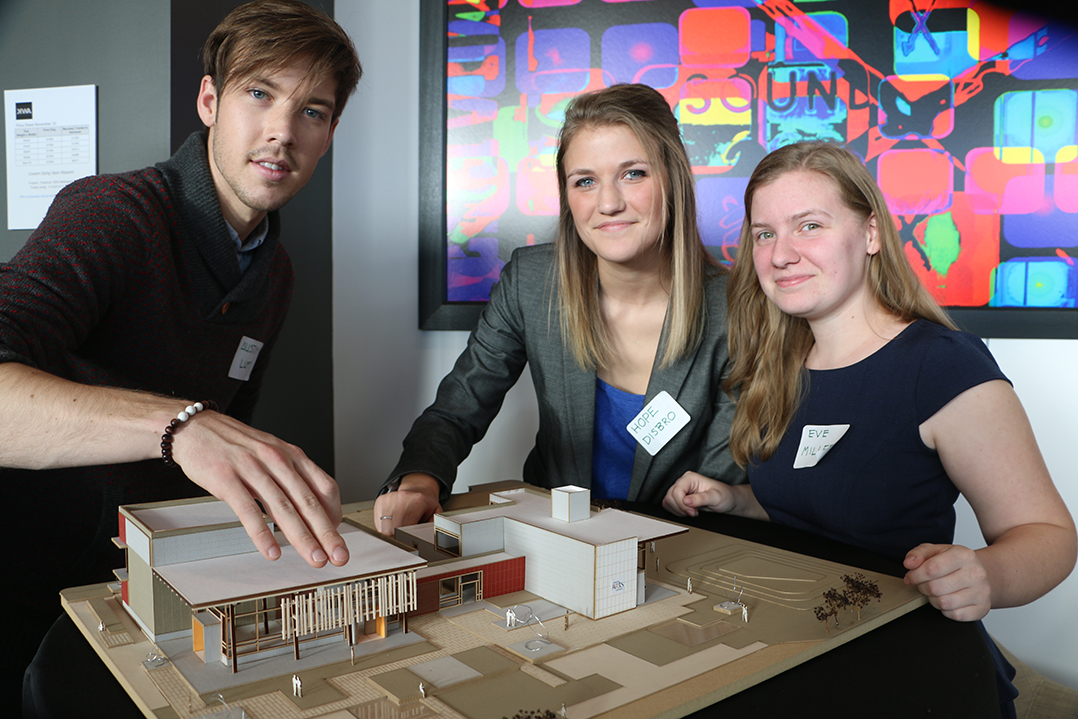 As the City of Fishers continues its accelerated growth spurt, adding a culinary center The Yard and going through the process of Fishers Sports Pavilion, the city is still lacking one major developmental concept: A space for the performing arts.

The Fishers Arts Council recognized the need and sought help from Ball State University architecture students to envision and design what the community arts facility might look like. 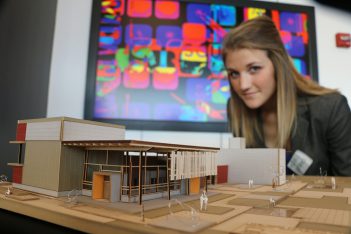 Ball State University College of Architecture and Planning professor Tim Gray decided to integrate the design process into the curriculum for his third-year studio class.

“We were made aware of this opportunity through Daniel Kloc, the president of Fishers Arts Council, and anytime we have the opportunity to align our students with real-world projects, we like to do that and create a learning experience with them,” said Gray, an Indianapolis resident. “This was a great opportunity to partner with Daniel and (the Fishers Arts Council) and have students interact with folks in the community who were actually planning to not do this exact building, but promote this idea and hoping to bring to light what this might be.”

Students in Gray’s class work on two projects throughout the semester. Students followed the process of what actually creating a visual arts center in Fishers would be like. The owner of Fritz in Fishers, 8599 E. 116th St., allowed students to explore his space as a possible location for the arts center.

“We met with our project partners and went down to Fishers and visited the site and had a discussion about what the project might include,” Gray said. “From there, students generated ideas and worked in groups and came up with different ideas of how they might create buildings that would satisfy the programs we identified.”

On Dec. 6, students showcased their final designs at an open house at Meier Najem Construction. Hope Disbro, a 2015 Hamilton Southeastern High School graduate and a student in Gray’s class, participated in the architectural display. She worked with two other students to complete the project.

Disbro and her group used elements of a black box theater, an art studio, music practice room, micro-galleries, art galleries displayed in the lobby and adequate landscaping around the project. Her proposal was approximately 15,000 square feet.

Disbro valued the real-world experience of completing a major project.

“This, I think for most of us, was the first real-world project we had ever done,” Disbro said. “It was really putting you into the atmosphere of what the profession is going to be. It was like,  OK, this is actually what I’m going to be doing, and I actually like it.”

The Fishers Arts Council is working on its future steps for bringing a visual arts center to the city.

The six models will be on display on the second floor of Fishers City Hall, 1 Municipal Dr., beginning Jan. 9. The display is in conjunction with Art in City Hall.

“As President of the Fishers Arts Council, past member of the Fishers Advisory Plan Commission, and as past Chairman of the Town Center Planning Committee that developed and promoted our downtown districts, I am overwhelmingly pleased with the tremendous progress that our city leadership has leveraged in developing downtown Fishers and the surrounding city areas, and the sense of livable community that has been established where Fishers is not only a place to work and live, but also a place to be artistic,” Fishers Arts Council President Daniel Kloc said. “This student project further emphasizes architecture as one of the arts, and Fishers as an epicenter for many future creative venues.”