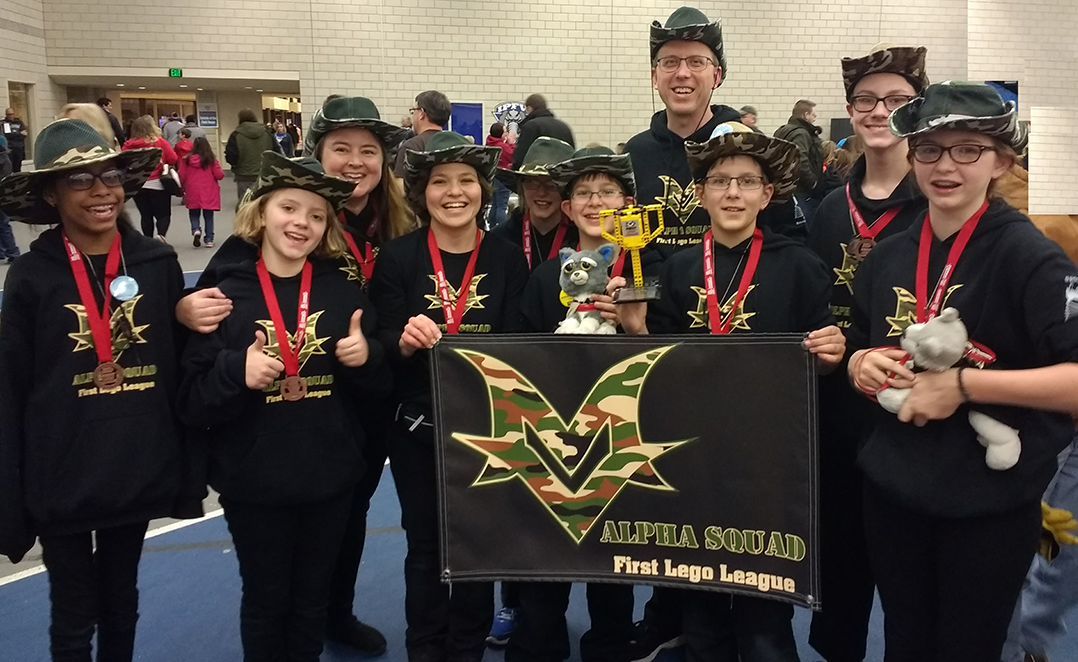 With only two years of competition under their belts, members of Mt. Vernon Community School Corp.’s third-year robotics team made their way to state competition last week.

The goal of reaching the state tournament, which took place Dec. 9 at IUPU-Fort Wayne, was reached after the Alpha Squad won the Champion’s Award (first place) at a regional competition Nov. 11, where the team of seven competed against 17 other teams.

At state, the team placed second for Innovative Solutions. It competed against 47 other teams.

The team is led by husband and wife duo Forrest and Brenda Gaston, who created the team three years ago after seeing a need in the community. Both have a teaching background but aren’t employed by MVCSC to lead the group. The Gaston’s two sons, Luke and Micah, are on the team.

“It started with my oldest (Luke), who said, ‘Dad, can I have an EV3 robot for Christmas?’ And we said, ‘No way, because it would just sit on the shelf,'” Forrest said. “So we started looking for teams who were looking for members, and there was no one.”

From there, the Gastons said they knew if they were going to start a team, they would have to be the ones to coach it, something Forrest said was a huge learning curve.

“You’re trying to learn yourselves how to program a robot so you can help the kids. We’re seeing a lot more of parents getting involved with the schools to form teams,” Forrest said. “There are some schools that have school-sponsored teams, but not a lot. It’s overwhelming the first year. My wife and I, we definitely want to help other teams in the area get started.”

The FIRST LEGO League is the worldwide tournament governing body. Each August, the league announces a real-world challenge for teams to focus on for that academic school year.

“This year’s theme is hydrodynamics and the human water cycle. The missions are geared around water,” Forrest said. “As far as the tournament, there are really three key areas. One is programming and operating the robot. One is your project and solution, and then core values, like, ‘We are a team. We have fun. What we discover is more important than what we win.’”

Each team member has an equal role and is responsible for learning all parts of the robot and all portions of the project.

“Why I like being on the team overall is you get to be with friends a lot more, and you get to learn a lot more with not just robotics, but how you deal with struggles, with programming, a lot of different stuff,” said Luke, 12, who wants to be a computer programmer. 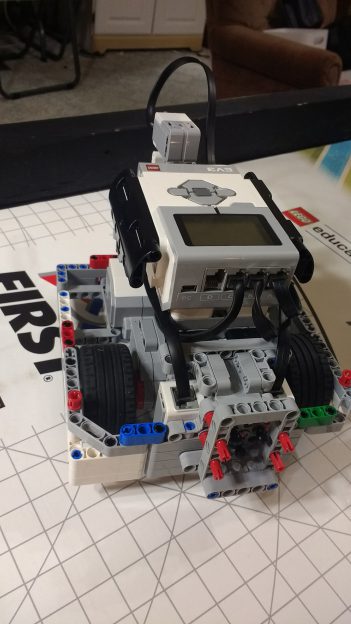 The team’s robot’s name is Echo and is an EV3 robot made by LEGO. “There’s a base EV3 system. All you get is pieces. From there, you design your own robot,” team coach Forrest Gaston said.

“I really like doing the programming because I can get a sense of not just how programming works, but more math and fix problems with technology,” Micah, 10, said. “I think I pay attention more in science, and I get a better sense of what I’m looking forward to in life and what my job or career may be. It will definitely increase your interest towards a math, technology or science job. I may want to work at NASA.”

The team’s robot’s name is Echo and is an EV3 robot made by LEGO.

“There’s a base EV3 system. All you get is pieces. From there, you design your own robot,” Forrest said.

The team works all school year on its project, practicing for hours each week.

“We put in a lot of time,” Forrest said. “It’s two to three days a week and some Saturdays. During the week, we practice from 6 to 8 p.m. We just have some great kids, and it really comes down to having some highly motivated kids, because the core theme is having the kids do all the work with some guidance from the coaches. You really have to take a step back and let them do it.” 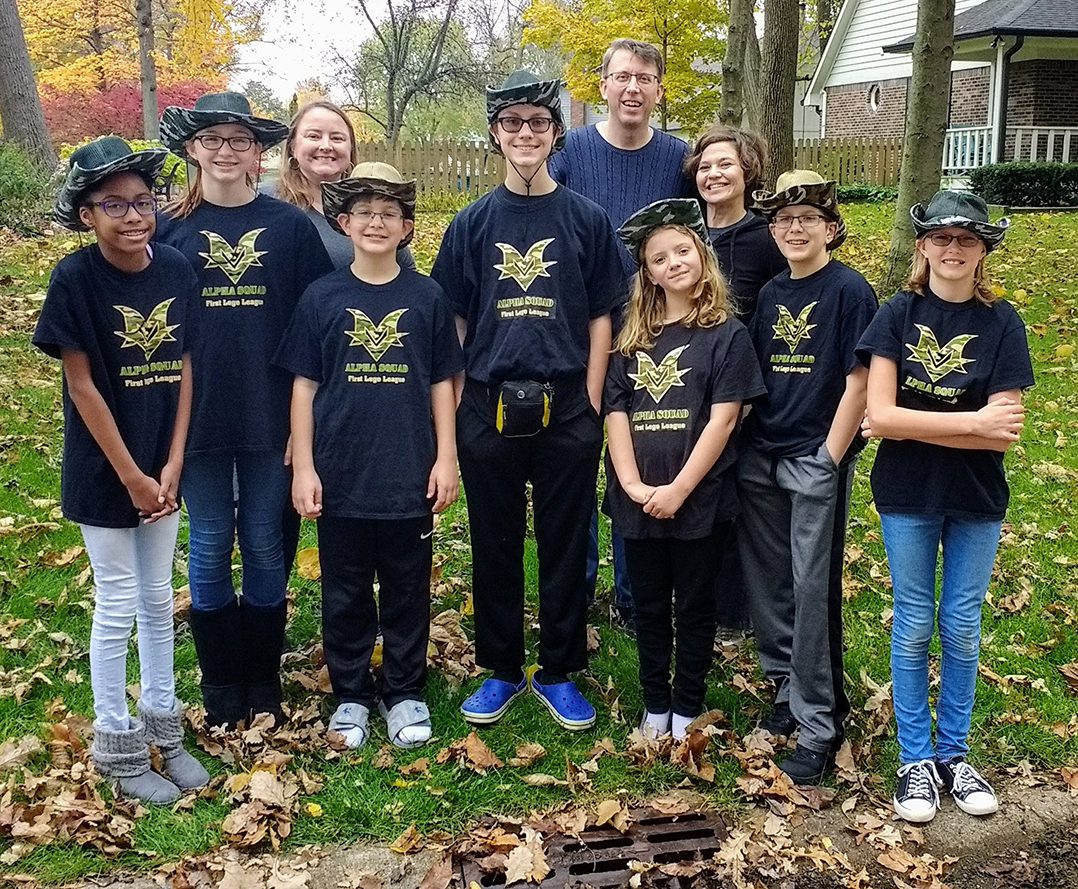 The MVCSC robotics team practices two or three days each week throughout the school year.

Recognizes a team that designs and develops a mechanically sound robot that is durable, efficient and highly capable of performing challenge missions.

Recognizes a team that embodies the FIRST LEGO League experience by fully embracing the core values while achieving excellence and innovation in both the robot game and project.

Recognizes a team’s solution that is exceptionally well-considered and creative, with good potential to solve the problem researched.