You are at:Home»Current in Carmel»Carmel Community»Death Cafes provide safe place to discuss mortality

Death is often a taboo topic that isn’t talked about until it’s too late. One Carmel resident wants to change that by offering a quarterly Death Café meeting, where death is the main topic. 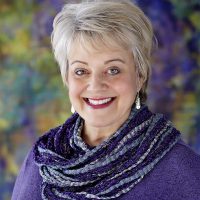 “Death and life are two sides of the same coin,” said Elaine Voci, Death Cafe facilitator. “You can’t talk about one without talking about the other. Everyone knows they’re going to die one day, and that’s the common thing that we all share with one another. The objective of the cafe is to increase the awareness of death with a view to helping participants make the most of their lives.”

Death Cafes began in Europe six or seven years ago. They’re spreading quickly throughout the U.S. and the world.

“I heard about it when I was going through celebrant school. The minute I heard the story and heard what happens in a cafe I felt like I really wanted to bring that to Carmel,” Voci said.

The Death Cafe meets four times per year. The meeting has no agenda other than to discuss death with others. It’s free of ideology.

“Many people are simply interested in talking about death. They want to ask questions of each other,”Voci said. “They want to hear what others have to say. They want to experience other people’s thoughts about some of the things they’re thinking about.

The Death Cafe is not for those actively grieving the loss of a loved one. Voci typically refers those individuals to groups better suited for their needs.”