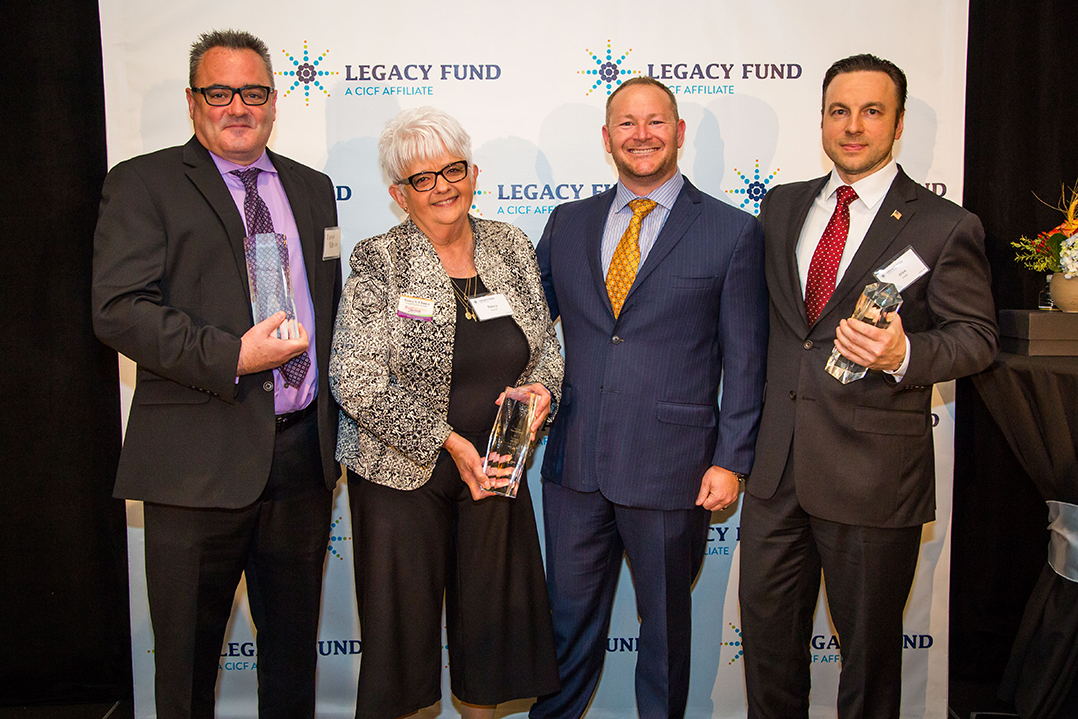 Alex Volyk loves to lend a hand in his adopted country.

Volyk, a Carmel resident who moved from Ukraine in 1993, serves as Eleven Fifty Academy admissions advisor. Qualls nominated Volyk for Legacy Fund’s first Community Pillars Awards. Volyk, who became a U.S. citizen in 2010, was the winner in the College Readiness and Success division at the Legacy Fund Celebration of Philanthropy Nov. 9 at Ritz Charles in Carmel.

Although the three winners knew they were going to be honored, they didn’t know they would be given $5,000 grants to donate to a nonprofit of their choice.

The grant will become the Alex Fund at the coding academy, which Volyk will have at his discretion to help students with costs.

“He doesn’t even have to ask. He can say to this person right here, ‘I want to give an extra boost from me,’” Qualls said. “It’s whoever he wants to give it to.”

Volyk had to overcome several obstacles to get to America and then was helped by his American Exchange family while he attended Purdue University.

“I came here with a big smile, 50 bucks and a great attitude,” Volyk said.

He has an executive MBA from Purdue and a master’s degree in agriculture economics but had no experience in admissions when he applied for the Eleven Fifty job.

“I thought this guy is special, he can do anything,” Qualls said.

“I go to work in a great mood,” Volyk said. “I see applications of people with big college debt with great college degrees, and they can’t find a job or are underemployed. But I can see that application. I already know that person has what it takes. I cannot wait to meet with them and provide my guidance to those individuals.”

Chance, executive director of Good Samaritan Network, awarded her $5,000 grant to Recycled Cycles, a new program in Westfield that reclaims and recycles gently used bicycles and prepares them for families who might not be able to afford one.

Peterson, principal architect from Noblesville-based Peterson Architecture, was nominated by Nickel Plate Arts director Aili McGill. Peterson, in turn, said he would give the $5,000 grant to Nickel Plate for its use.