You are at:Home»Obituaries»Obituary: Mildred L. Evans 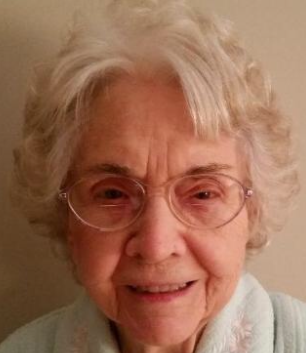 Former Albany resident Mildred L. Evans,  96, died Oct. 30 of congestive heart failure at the home of her daughter in Carmel.

Evans was born Aug. 18, 1921, in Randolph County, Mo. She moved to Indianapolis in May 1942 with one of the first civilian groups of employees at Ft. Benjamin Harrison, where she met her future husband, Max. During the next several years she worked in Albany at the local grocery store, bank, municipal office and co-owned and operated a dress shop. Her last position was sales secretary at Indiana Glass Company in Dunkirk, where she was employed for more than 20 years. After the death of her husband in 1982, she moved to Indianapolis to be near her daughter, Diane.

She is survived by her daughter, Diane Evans, and was preceded in death by her husband of 39 years, Max Evans; her parents, Finis and Mattie Lyon; and an infant son, Gary Evans.

Condolences and other expressions of sympathy may be given at MeachamFuneralService.com.

Memorial contributions may be sent to the charity of the donor’s choice in Mildred’s name.