You are at:Home»Current in Carmel»Carmel Community»On a mission: Teacher strives to bring Ethiopian teen to TPCA for education 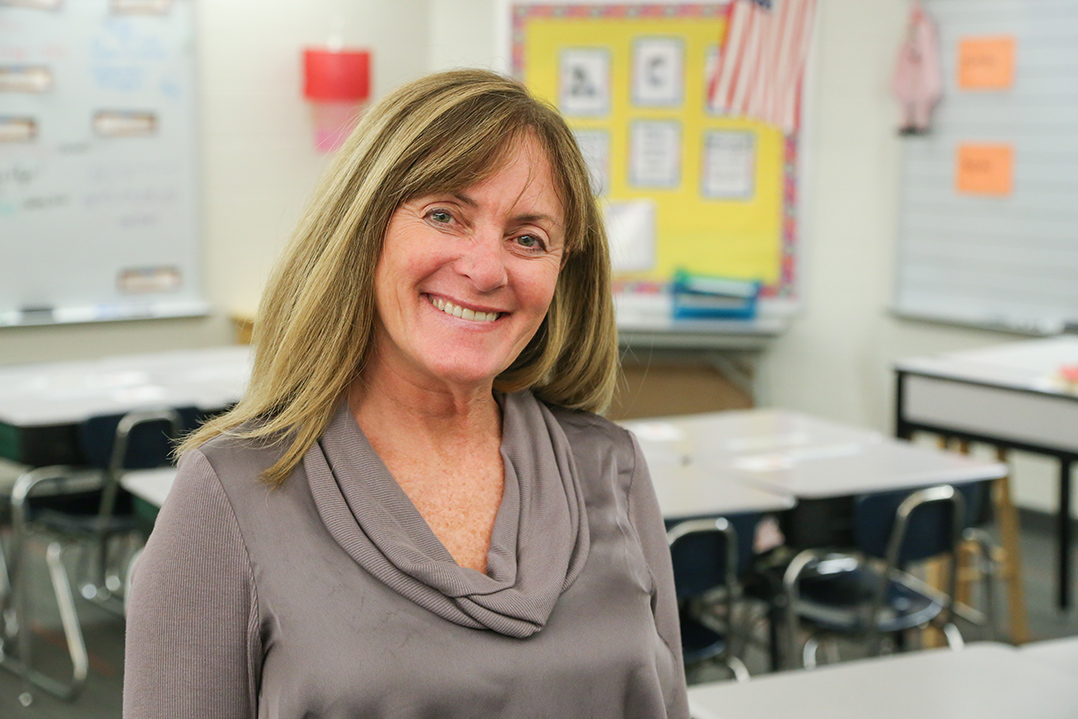 Lisa Price Kuhn, a teacher at Towne Meadow Elementary, is working to bring Behaylu, an orphan from Ethiopia, to Traders Point Christian Academy to continue his education. (Photo by Ann Marie Shambaugh)

When Lisa Price Kuhn traveled to an Ethiopian orphanage on a mission trip in 2013, she had no idea how much it would change her life. 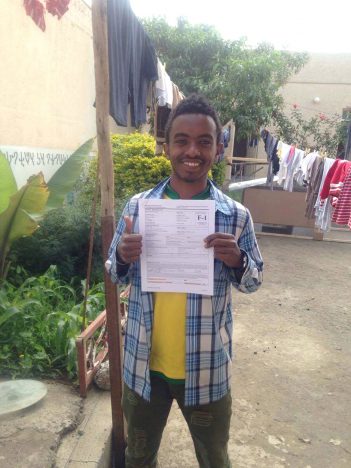 Kuhn was astonished by the groups of children who had so much hope despite having so little.

After a tragic fatal automobile accident, the orphanage had stopped transporting the children to the city for schooling and decided to have them stay in the village. Kuhn, a teacher, said this set the children back in their education, so she decided to help one of the teens whose plans to take college exams the following year were derailed.

Behaylu was 14 years old when Kuhn met him. He didn’t have parents who could care for him, and his brothers were unable to provide support. Kuhn said Behaylu just tugged at her heart, and they developed a special friendship.

Now, Kuhn is working to bring Behaylu to the U.S. to get an education at Traders Point Christian Academy in Whitestown. The school is ready for him, but he has not yet received the proper approvals to leave his home nation. But Kuhn – like the children in the orphanage – isn’t giving up hope.

“From the day I met him, I decided I was going to do what I could to bring him here for an education and for family,” Kuhn said.

Kuhn teaches fifth grade high ability at Towne Meadow Elementary in Carmel. As a teacher, she instills in her students the importance of making a difference, and she wanted to put that lesson into action by helping Behaylu.

The admissions process consisted of filling out an online application, gathering academic records and participating in a Skype interview.

“We want to get to know the student and learn a little bit about their capacity to come this far from their home and experience education in often a very different way,” said Kanzler, an Indianapolis resident. “We want to see what their resiliency and grit is for having an adventure like that.”

TPCA averages eight to 10 students in its international program each year, but the school wants to expand it to include about 10 percent of the high school population, Kanzler said.

Kanzler also said it’s been amazing to help Kuhn through the process and see how Behaylu relies on his faith to stay positive.

“He just seemed like he would be just a wonderful young man and just a great blessing for us to be able to minister to him,” Kanzler said.

After acceptance into school, Kuhn’s next step was fundraising for the costs of school tuition, which is about $16,000 per year at TPCA. Kuhn, an Indianapolis resident, started by sending letters and emails asking for assistance and created a GoFundMe account. Towne Meadow also supported her mission through “Jeans Day” donations, where teachers donate at least $1 to a specific cause to be able to wear jeans on Fridays.

“What is so amazing and special to me is that it’s primarily my former students’ parents who have so graciously and generously donated,” Kuhn said.

Kuhn also needed to raise money for the visa application fee and visits to the U.S. Embassy in Ethiopia. Kuhn said it takes a village to get everything scheduled and prepared for Behaylu. 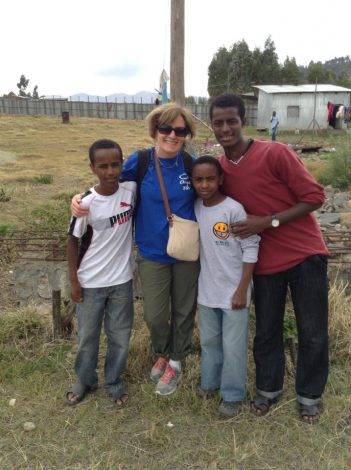 Lisa Price Kuhn and Behaylu, third from left, shortly after meeting at an orphanage in Ethiopia in April 2013. (Submitted photo)

Behaylu has visited the embassy and been denied three times, so he is still in Ethiopia awaiting approval to come to the U.S. Kuhn said it is a typical response, but she is starting to worry because he turned 18 in September and the orphanage will only be able to house him for a little longer.

“Trader’s Point has already started, so we want to get him here as quickly as possible. The day that he is accepted, we will be on the phones getting him a plane,” Kuhn said.

Kuhn said she reached out to Sen. Todd Young’s office for help, and his staff sent a letter to the Ethiopian consulate to encourage them to give his application a full and fair review.

“We greatly appreciated the senator’s help,” Toni Kanzler said. “Unfortunately, the consulate replied that it is up to Behaylu to prove that he has reason to return to Ethiopia. Until he can do that, they will not grant his student visa.”

In the meantime, Kuhn is arranging for Behaylu to take some college courses in Ethiopia.

When he begins at TPCA, Behaylu will take various assessments to determine which grade he will be in for the year. He also will go through a short orientation process to learn about Indianapolis and the school process. Kanzler said TPCA offers before and after school tutoring to help with the language barrier and other homework.

Behaylu will stay with Kuhn and her family while attending school, although he will not be officially adopted. Kuhn said he already calls her “mom” and her children “brother” and “sister,” and she has a room in her home ready for him.

To learn more or contribute to Kuhn’s mission, visit gofundme.com/bringing-home-behaylu.

Lisa Price Kuhn said the following tips have been crucial as she’s advocated for Behaylu to come to the U.S.:

2. Put in the time and effort

4. Find others who have it in their hearts