You are at:Home»Night & Day»McDonald’s visit to Palladium to include new songs

Michael McDonald’s first album with original material since 2000 literally came quite by accident.

“In a way, it was a fortuitous journey,” said McDonald, who will perform a collection of hits and songs from that new album, “Wide Open,” at 7:30 p.m. Oct. 12 at The Palladium in Carmel. “Largely, these tracks were embellished versions of the original demos that I recorded during the time I was doing the Motown (covers) records. I was still writing songs and co-opting studio space in Nashville with an old friend of mine, (Toto session drummer) Shannon Forrest, who was a co-producer on this record and a real tour de force for me as far as this record existing.” 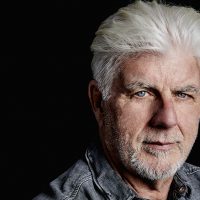 McDonald, former lead singer of the Doobie Brothers before he left for his solo career, said Toto’s Forrest is a world-class drummer.

“He’s also a world-class engineer and technical audio guy, kind of a renaissance man,” McDonald said. “I used it to do my demos and store my gear. Shannon whipped the place into shape as a studio. So when I was in town I had these songs burning a hole in my pocket and tried to get them down in some form as a demo so I wouldn’t forget them.”

So McDonald said he would call Forrest and ask if he brought a pizza over, could they make a quick demo.

“He would play drums for me and I would play some fairly crappy guitar or keyboards and between the two of us we would eke out these demos,” McDonald said.

Later on, Forrest would build his own room and use the old demos to tune his drums into the new room.

“Without meaning to, he got re-acquainted with all the demos we did and replacing all the drums,” McDonald said. “So I went over to see the new studio. He said, ‘I’ve been using our old demos to dial in the room with my drums, and I got to tell you I think we got the start of a record here if you are interested.’”

McDonald added a song called “Free A Man,” by Richard Stekol. Another song McDonald wrote with Gary Nicholson called “Just Strong Enough” was a later track added along with “Hail Mary.” All the other were the demos that had been recorded previously.

“We figure that is as much as we can get away with,” he said. “I’m enjoying playing the new stuff and I’m enjoying the reaction to the crowd even though it’s not familiar music to them. It’s fun to have new stuff. I always enjoy playing ‘I Keep Forgettin’ and ’Takin’ it to the Streets.’ People asked me don’t you ever get tired of playing those songs. But what those songs are about is that moment in time with that audience. The audience’s excitement is contagious for us.”