You are at:Home»Current in Zionsville»Zionsville Community»Zionsville churches partner to commemorate 500th anniversary of Reformation

October marks 500 years since Martin Luther nailed his 95 theses to the door of Castle Church in Wittenberg, Germany, sparking events that led to the Reformation. Six Zionsville churches are commemorating the anniversary with a special event. 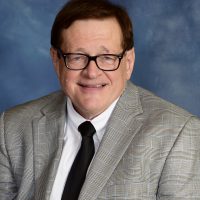 The afternoon service, which is open to the public, will include a worship session and a dedication of a common service project.

“There will be singing together, praying together and reading Scripture together,” said Steve Albertin, pastor at Christ Lutheran Church. “We’ll be dedicating a common service project called the blessing box. It’s going to be a large box that will move around the community. It will start out initially at St. Francis. It will be stocked with non-perishable food items by all six churches over the course of time. People in need can come and help themselves.”

After the service there will be a panel discussion including the Zionsville Area Ministerial Association. It will be moderated by Zionsville Community Schools Supt. Scott Robison.

“The panel will discuss how the Reformation has affected where we are today and its promise for affecting us for unity in the future,” Albertin said. “We thought this would be a great opportunity to commemorate the Reformation and it’s continuing effect among us as it has especially contributed, I think, to our unity even though historically, initially, it was a source of division in the church.”