You are at:Home»Views»Opinion: DACA: Why all the hype?

The Trump administration recently announced the end of the Deferred Action for Childhood Arrivals program, prompting both liberals and conservatives to call on Congress to protect close to 800,000 DACA recipients, almost 10,000 of whom live in Indiana. DACA defers deportation of certain individuals who were brought to the U.S. at a young age, through no fault of their own, and otherwise have no lawful immigration status in the U.S. 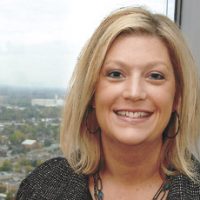 DACA is not a path to residency or U.S. citizenship, and recipients must prove that they entered the U.S. before the age of 16; were present in the U.S. for at least five years beginning June 15, 2007, and on June 15, 2012; are pursuing an educational program or GED; have no criminal history; and be at least 15 years of age at the time of filing and not more than 31 on June 15, 2012. Following an application and $495 fee, applicants must pass a background check. If approved, recipients may obtain work permit for two years, a Social Security number and driver’s license.

DACA recipients had no options for pursuing lawful immigration status before DACA existed. In this way, they were like the vast majority of undocumented immigrants who have no line to get into and no way to obtain lawful immigration status in the U.S. In most cases, it is impossible to leave the country and obtain a visa, even if one were available, because departure from the U.S. will trigger a 10-year bar from returning. They can’t stay and fix their status, and they can’t leave and fix it, either.

Democrats and Republicans may disagree on the constitutionality of DACA and the way it was implemented. However, DACA recipients have long had—and continue to have–bipartisan support. Now more than ever, our Indiana Congressional delegation must act to protect DACA recipients who have gone to school here, paid taxes, stayed out of trouble and have known no other home but Indiana.

Angela D. Adams (Knowles) is an attorney at Carmel-based Adams Immigration Law LLC and has spent most of her life as a resident of Carmel. She focuses on immigration matters that include employment-based nonimmigrant and immigrant visas, family-based petitions, naturalization, asylum, removal, and more. She can be reached at angela@adamsimmigration.com.