You are at:Home»Current in Zionsville»Zionsville Community»Zionsville All-Pro Dad’s Day Breakfasts kick off Sept. 21

The 16th season of the Zionsville All-Pro Dad’s Day Breakfast series kicks off at 7 a.m. Sept. 21 at Zionsville High School. The breakfasts are a way for dads and sons to connect for an hour each month. 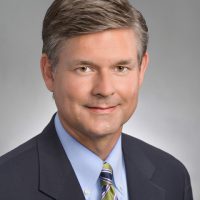 “It’s a way to continue the bond of fathers and sons that can start to go away when you get into the teen years and in high school. Everyone is busy, and sons become super independent, so it’s difficult to sit down and spend an hour of quality time, even on a monthly basis,” said John Waller, organizer of this year’s event. “It’s an hour out of the month to carve out some time and sit down with your dad and hear a motivational speaker and just immerse yourself in the moment.”

The breakfast series was started at Cathedral High School in Indianapolis by businessman Bill Bissmeyer after his high school-aged son died unexpectedly from a viral heart infection. All-Pro Dads, with the support of former Colts coach Tony Dungy, spread the word, and there are now more than 1,700 Dad’s Day Breakfast groups across the nation.

“I think most of the success is due to Larry and the connections he’s had, and he worked hard to push it with various athletic teams,” Waller said.

Past speakers have ranged from the Zionsville mayor to the Boone County sheriff to former IU and Purdue basketball players to former Colts players.

“The dads love it because they get this time with their kids, and then the speakers are great, so it’s a win-win,” Waller said. “The dads, I think, really cherish the time with their kids as much or more than the kids, who may not really appreciate it until they get older.”

An RSVP is requested by the Monday of the breakfast week by emailing john.Waller@WoodenMcLaughlin.com, texting Waller at 317-345-3208.