You are at:Home»Current in Fishers»Fishers Business Local»Another Broken Egg Café to open in October 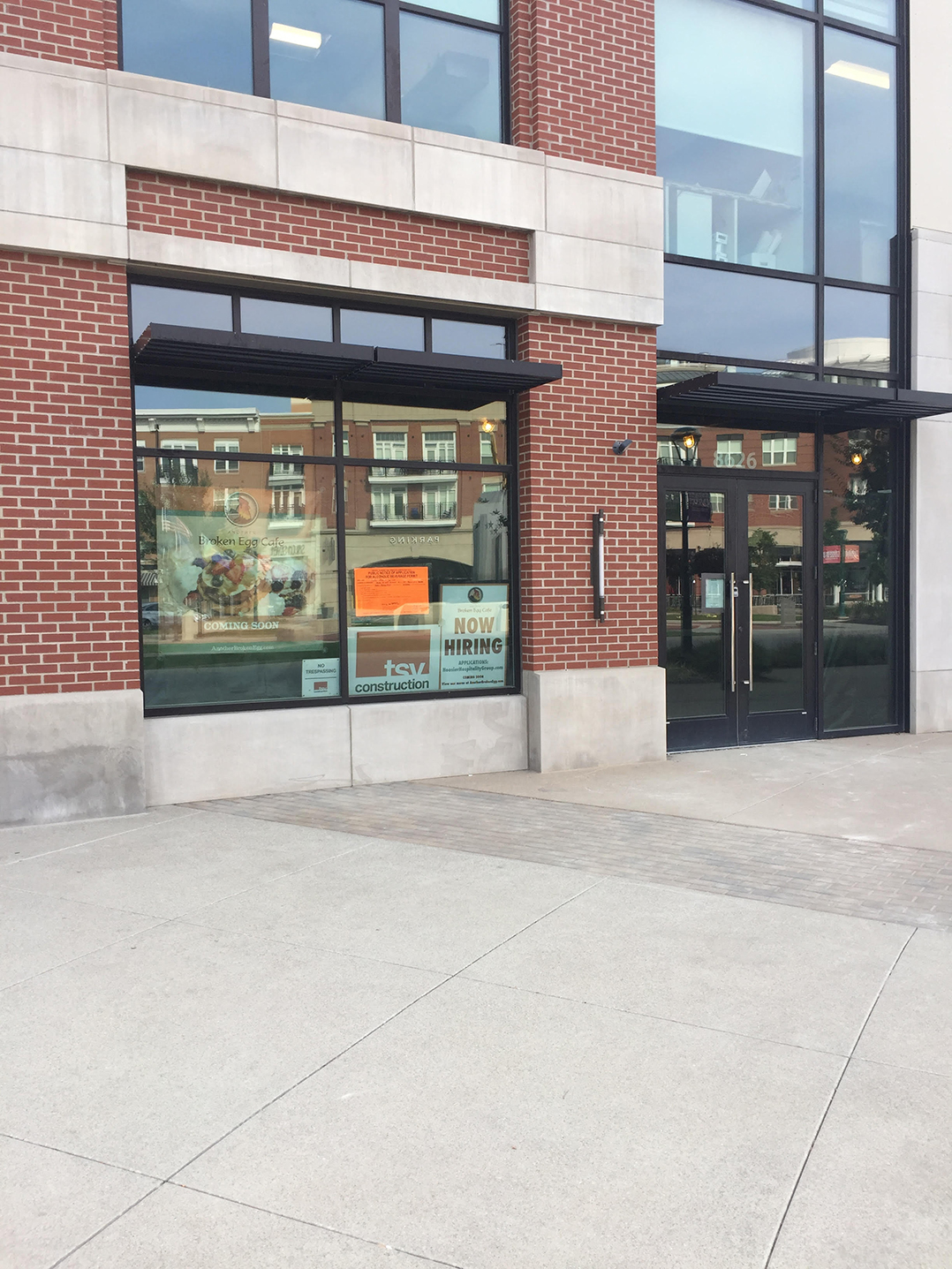 Another Broken Egg Café has a southern-inspired menu and will open in Fishers in late October. (Photo by Renee Larr)

Fishers will have a new option for breakfast, brunch and lunch beginning late October. Another Broken Egg Cafe will open in the space next to LouVino in downtown Fishers on 116th Street. The restaurant originated in New Orleans, which is the theme for the southern-inspired menu.

“There are about 65 units, predominately in the southeast. It’s a Southern-inspired menu with a Louisiana flair to it,” said Seth Little, area director for the café. “We’ve got crawfish on the menu. You aren’t going to find a similar menu here in town. It’s got a grandma’s house-type feel to it. We pride ourselves on southern hospitality. We like to make it a neighborhood café.”

The restaurant is locally owned by Rootstock Hospitality Group.

The group chose Fishers because of its growing business sector.

“Fishers was the perfect blend of being family oriented and having so many surrounding businesses,” Little said. “That’s kind of our motto. Business diners for breakfast and then families, parents and business for lunch. It’s a high residential area, and lots of businesses are going in.”

The restaurant will hold a friends and family opening to benefit Fishers organizations.

“We’ll be partnering with two local charity organizations, the Hamilton Southeastern Schools Foundation and Fishers Fraternal Order of Police,” Little said. “On the Friday before we open, the FOP will be sending out invites to all their contacts, and then the same thing for HSEF on Saturday.”