You are at:Home»Current in Carmel»Carmel Community»Travels lead to basket-weaving hobby for Carmel mom 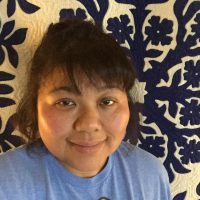 The wife of a retired U.S. Marine and stay-at-home mom, Carmel resident Miyuki Spidell has picked up several interesting hobbies throughout her travels, including freehand basket weaving.

Spidell said 20 years ago her husband was stationed in Fitville, N.C., and while there she discovered a school offering basket weaving classes.

“I took a course and I was hooked,” she said.

Spidell was born in Japan but moved to Hawaii when she was 8 years old. She moved to Carmel 11 years ago when her husband was entering retirement from the Marine Corps and decided to take his last post in Indianapolis. She has two sons – one is a CHS graduate and the other attends Carmel Middle School.

Spidell said she connected with 10 local Japanese wives and has been hosting a basket weaving circle at her home each week for the past seven years.

“They want to learn arts and crafts that they can’t really do in Japan,” Spidell said.

Spidell said the basket weaving circles consist of a lot of talking and eating.

An avid craft enthusiast, Spidell said she loves the beauty and functionality of the baskets.

“I like creating anything from out of nothing,” Spidell said. “If I see anything I’ve never done before, I want to try it.” 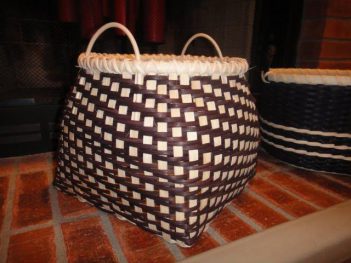 A herringbone twill basket by Miyuki Spidell. It was one of the first she made to donate to the Orchard Park Elementary Taste of Carmel fundraiser. (Submitted photo)

Spidell also enjoys crocheting and calligraphy and hopes to one day make hand-made invitations for her son’s wedding.

Spidell creates the baskets by hand and even dyes her own reed. She said a small basket could take 4 to 5 hours for her to complete.

Spidell doesn’t sell the baskets. Rather she donates them to local schools and gives them as gifts.

She said she likes the individuality of producing a product by hand rather than purchasing a mass-produced item with no heart behind it. Spidell said it would be nice if people made things by hand more often and took an interest in artisans.

“The thing is, a lot of times, you don’t actually need to go and buy stuff, you could make things for yourself,” Spidell said.