You are at:Home»Current in Fishers»Fishers Community»Fishers Optimist Club donates to school nurses 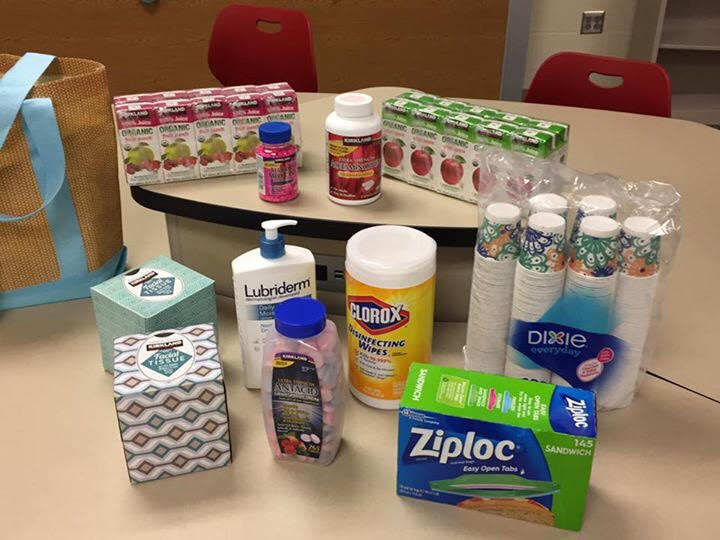 After learning that school nurses in the Hamilton Southeastern school district were running low on supplies and paying out of their own pockets, the Fishers Optimist Club took action.

Board member Robin Heppner said the club began donating supplies to the nurses a couple years ago and have continued doing it every semester since.

The club’s most recent donation provided 21 school nurses with baskets of Band-Aids, Tylenol, ibuprofen, allergy pills, cough drops, sponges, tissues and more. Heppner said being able to give back to the nurses and children highlights the club’s focus on helping children of the community.

“(I love) the opportunity to make a difference in the community, even if it’s a small difference,” Heppner said.

The Fishers Optimist Club was launched seven years ago and is a part of the international organization, Optimist International. When the club is not donating supplies to school nurses, it helps in other ways, such as providing hearing aids, glasses, eye exams and dental care to children in need.

Those interested in joining the Fishers Optimist Club can go to the meetings held on the first and third Tuesday of the month or email fishersoptimistclub@gmail.com.