You are at:Home»Current in Zionsville»Zionsville Business Local»Whitestown considers requesting address change for businesses 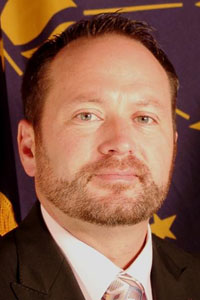 The Town of Whitestown is considering asking USPS to allow its businesses to change the town designation used in their addresses. Many Whitestown businesses – and residents – have a Zionsville mailing address, which has led to a great deal of confusion, Town Manager Dax Norton said.

The Whitestown Town Council tabled a resolution Sept. 13 that would give Norton clearance to petition USPS to allow Whitestown businesses that do not use Whitestown in their address to do so if they choose.

The resolution states that because Whitestown has four zip codes that use four cities (Whitestown, Zionsville, Lebanon and Brownsburg) in addresses, it has caused confusion that has led to:

Several residents attended the meeting to express concerns about a potential change to their address, but before they spoke Norton told the council that the resolution is directed only at businesses. The proposed resolution included references to Whitestown residents being allowed to switch town names in their addresses, but Norton and the councilors asked for that language to be removed before the next council meeting. 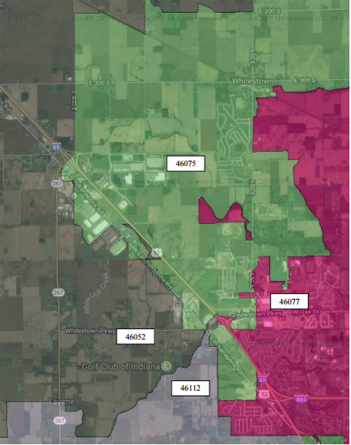 Whitestown has four ZIP codes within its limits, and each uses a different city name for addresses. (Submitted photo)

Realtor David Harting, who lives in a Whitestown neighborhood with a Zionsville address and sells homes in the area, told the council that many of his neighbors were worried about how an address change would affect property values.

The day after the meeting, he said he didn’t know if an address change would affect home values, but it could affect how some buyers view the community.

“The perception is that Zionsville is where they’re supposed to be,” he said. “Would a buyer not look at the same home because it’s in Whitestown? That’s a perception issue. That depends on the buyer and the buyer’s preferences.”

The proposed resolution also states that if USPS denies the town’s request that the town will request USPS amend ZIP code boundaries to match the town’s corporate boundaries.