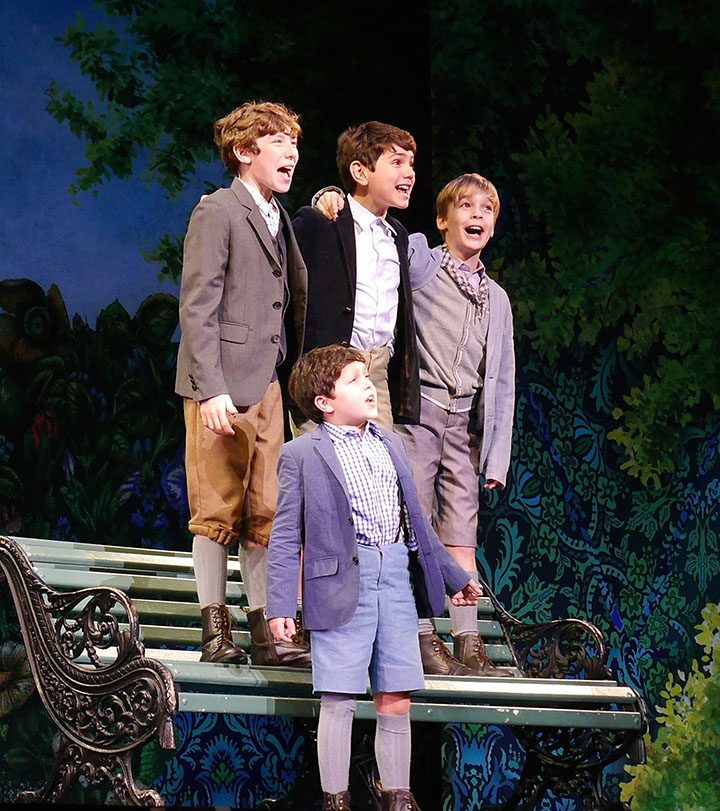 Mitchell Wray found some kindred spirits as a cast member of “Finding Neverland –The New Musical.”

Wray, a 12-year-old from Carmel, recently completed a 10-month, 24-city tour as a member of the national tour. Wray played either Jack or Peter on the tour.

For Wray, the best part was “to get to hang out with a group of boys who are serious about it and like to do what I do.”

Wray said he learned a great deal during the time.

“The singing, the dancing and acting all improved,” Wray said. “Overall, it just made me a better person.”

“That’s who I originated as, so he has a lot of value to me,” Wray said.

Wray traveled with his mother, Chauncie, while his twin sister, Amelia, and father, Corey, stayed home.

“That was the hardest part at first, but then I kind of adjusted,” said Wray, who typically got visits from his father and sister once a month.

There were typically eight performances a week, with Mondays being off.  Wray would act in six or seven shows per week.

“We got to visit a ton of cool places,” Wray said. “In Orlando, there was Disney and Universal (Studios). Houston was really nice. All of the cities had something about it that I remember specifically, whether it was a good thing or bad thing. We went to this underground city in Seattle that was really cool.”

“There was a tutor that traveled with the show, and he would wrangle all the kids every day, typically around noon,” Corey said.

They would study between shows and even during intermission.

Along with performing in several Indianapolis-area plays, Wray acted in an independent film, “Crossroads of America.”

“Right now, theater is my favorite because of the live audience,” said Wray, who will be a seventh-grader at Creekside Middle School in August.

“Sometimes, the audience doesn’t clap or laugh much,” Wray said. “But sometimes they clap for so long, which is really awesome because I think I feed off the audience’s energy.”

While Wray is searching for his next project, sister Amelia will be appearing in “Fun Home” at the Phoenix Theatre this fall.