You are at:Home»Current in Westfield»Eager to Learn: Local teacher serves as co-founder for nonprofit, helps build school in Kenya 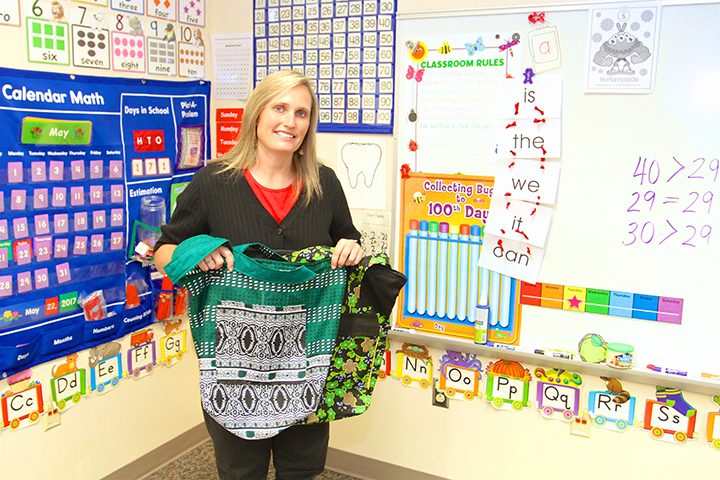 Constance Horner displays bags made by widows from Kongoni in her Washington Woods Elementary School classroom. (Photos by Sadie Hunter)

Constance Horner went to Kenya for the first time in 2011 when her father, a doctor, invited her to go. Horner is a kindergarten teacher at Washington Woods Elementary School, and the invitation came at an opportune time for her.

“I was pretty burnt out on teaching at the time, and the only thing they had for me to do (in Kenya) was go to a school, so I went to the school and I was just amazed at the kids, the teaching styles, the eagerness to learn,” Horner said. “It reinvigorated my love of teaching because these kids were passionate about learning, and they would come as soon as school opened.”

The reigniting of Horner’s passion led her to found the Touch a Community Foundation in the United States. Her co-founders, Isaac “Mapesa” Kokonya and Joseph Barasa, live in the Kongoni village of Kenya.

The group wanted to start a school but first had to teach widows to be self-sustainable and feed the children. 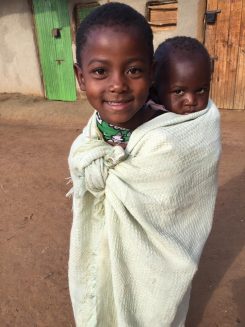 “We had wanted to start a school at first, but the children we were going to be teaching were hungry, and they were living with their grandmothers,” Horner said. “(Their parents) left them with these widows, and the widows had no way to make an income or support their grandkids. They were hungry, and we know you can’t learn when you’re hungry.”

The group explored areas of Kongoni and leased six acres of land. It then showed widows how to plant maize, a crop similar to corn. Plans for Greenland Preparatory School came next.

In January, the school was built in two weeks. It includes a kitchen and three classrooms. Classes are for Early Childhood Development, which include a baby, middle and top class. The top class is similar to kindergarten in the U.S. There also are Classes 1 and Class 2, which are equivalent to first and second grade, respectively.

“We started that and we thought we were going to start with one class of 22 kids and one teacher, maybe two, but when the community found out we were building a school they were like, ‘Please take our kids.’ So instead of 22 kids, we went up to like 85 kids,” Horner said. “They wanted us to go to Class 3,but we are not there yet.”

There are five teachers. Horner returned from a June trip to the village to see the school’s progress and plan for the future with her partners.

“Kids just come and are so excited about being there, and to be able to get two meals a day,” she said.

Recently, Horner and her partners purchased two more points of land. There are 10 points in an acre. Land is expensive in Kenya, approximately $10,000 per acre.

“We were lucky enough to start out with two or three points of land in the beginning, but we got a donation and were able to buy another seven points, so we had an acre,” Horner said. “Right now, we are working on our second acre. What we recently did was start some agriculture, planted some maize, carrots, onions, kale, sweet potatoes and Irish potatoes. What we’re trying to accomplish is get enough land to grow crops and feed the school and make the school self-sustained.”

The group also is trying to help Kongoni’s widows become self-sustaining as well. Some are learning to sew and make bags, but Horner said any trade will help.

“We are trying to find a way to make a living and thought sewing could be a good project to start and learn,” Horner said. “We want them all to be self-sustained. We want to teach them some skill.”

Horner plans to return to Kongoni for a week in October during Westfield Washington Schools’ fall break. 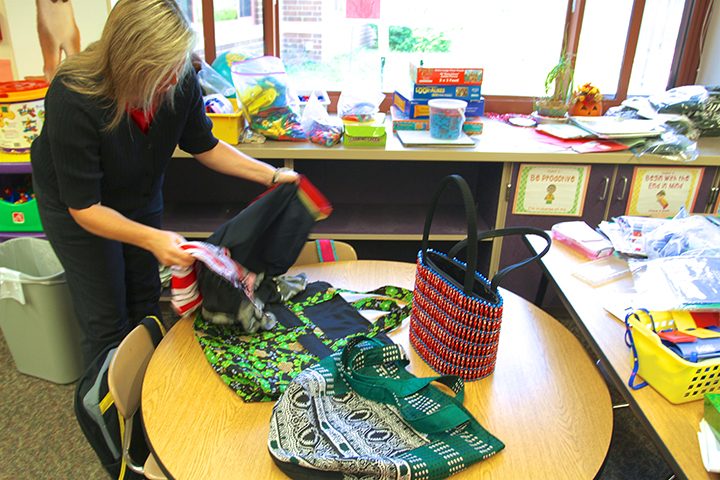 Learning together in different continents

Through Constance Horner’s involvement in Kongoni, Kenya, Washington Woods Elementary School students may get a taste of what education looks like in a different continent. Horner and WWES are looking into possible Skype or video conferences between Horner’s kindergarten class and classes at Greenland Preparatory School in Kenya. Possibilities include trading ideas and seeing a typical day in the life at each school.

“With the academic standards that we have to do, kindergarten has become the new first grade,” Horner said of America’s education system. “When do they get that time to be a 5-year-old? When do they get to use their imagination, and become the person they’re going to be? So when I go to Kenya, it’s amazing. They’re the most humble people I’ve ever met.”

WWES Principal Scott Williams also is on board with the possibility of connecting the schools.

“We’re excited to find ways to connect with Miss Horner’s Kenyan school,” he wrote in an email. “We’re exploring low-tech and high-tech ideas, from pen pal clubs using email or written letters; video exchanges sent via social (media) platforms; and Skyping if we can.  We’re eager to find ways to help our students find their voices and learn about and from each other.​”