You are at:Home»Current in Fishers»Women Who Work: Females prominent in male-dominated careers in Fishers

Being surrounded by men in male-dominated careers doesn’t  daunt four Fishers women who are making an impact in their community. Angela Ellison, Leah McGrath, Tabitha Miller and Amie Flowers are paving the way in Fishers to show women can do anything. Current in Fishers caught up with them to learn how they’ve become such leaders. 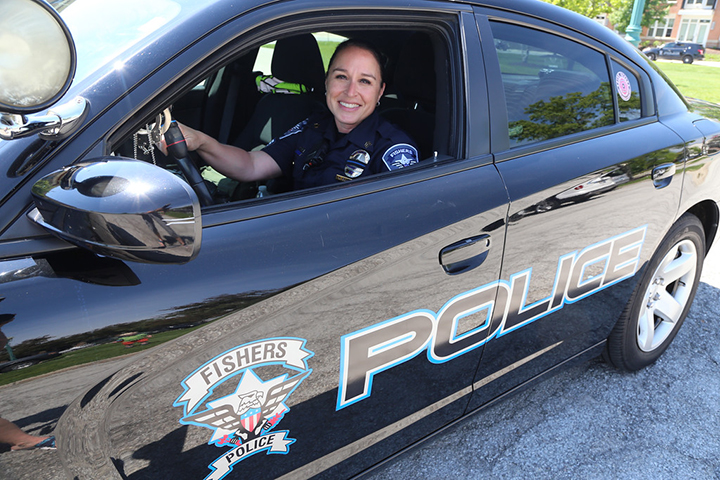 “Sergeant with the Fishers Police Dept.”

“My main duty is I’m a patrol sergeant on the day shift. I supervise nine officers.”

How does it feel to be a woman rising through the ranks in a male-dominated career?

“Fishers has always been a very family oriented department. I felt more discrimination out on the street than I ever did in my own department. When I got hired, there was one other female. She was the commander of a patrol division before she ended up leaving, so the way was already paved a little bit. I was the only female for several years, but there are five female officers now. I’ve been very supported. I started several programs in the department;   the critical incident stress management team, which manages officer stress, and the crisis intervention team, which is educating officers to deal with mental health calls. I was the domestic violence coordinator. I was a D.A.R.E officer, a field training officer. I’m a hostage negotiator. I’m a mother and a wife, the daughter of a police officer.” 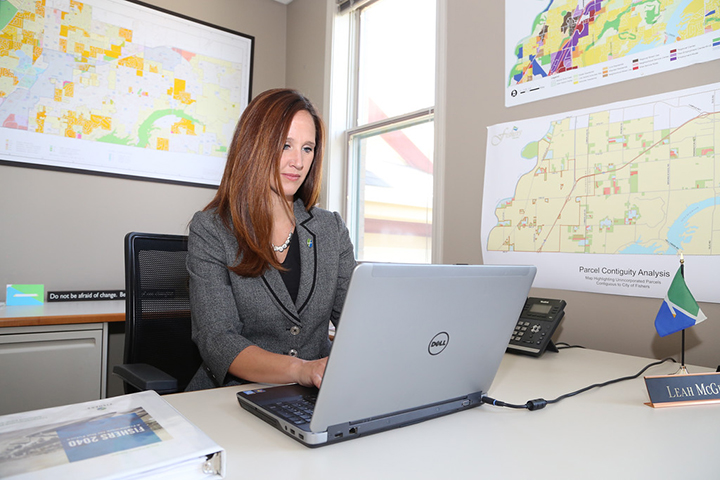 “Deputy mayor at the City of Fishers.”

“My duties are to help oversee day-to-day management of the city and then to work on special initiatives with the city (like Fishers 2040 Plan).”

“Men who don’t expect you to be in the job you’re in or who may question it, I think you can respond to that in two ways. You can be angry or driven to be better, and I think I’ve always channeled that to be driven, to be better, to achieve whatever goals there are I set for myself. There is so much opportunity here. Whether you’re a woman or a young man, you are really valued for what you contribute and what you do.” 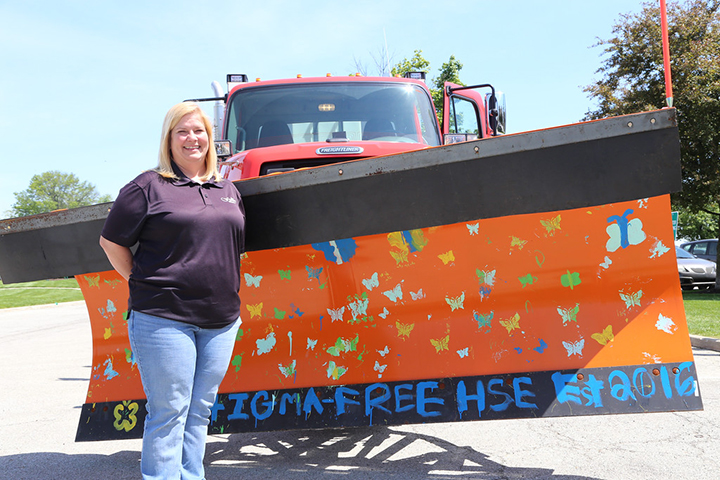 Tabitha Miller serves as the assistant director of fleet management for the City of Fishers. (Photo by Ann Marie Shambaugh)

“Overall management of all (city) vehicles – vehicles, equipment, anything motorized we take care of. We purchase them, service them, fuel them and then ultimately sell them or dispose of them. There are 340 vehicles and over 800 pieces of equipment.”

“It’s a challenge that I have always enjoyed. There’s a certain amount of satisfaction when you can complete something that a lot of people feel you shouldn’t be able to. It drives you to do better at your job. I feel women who are in more male-dominated roles, they are a little more driven than the men are. It’s a challenge that’s really fun. It’s very satisfying.” 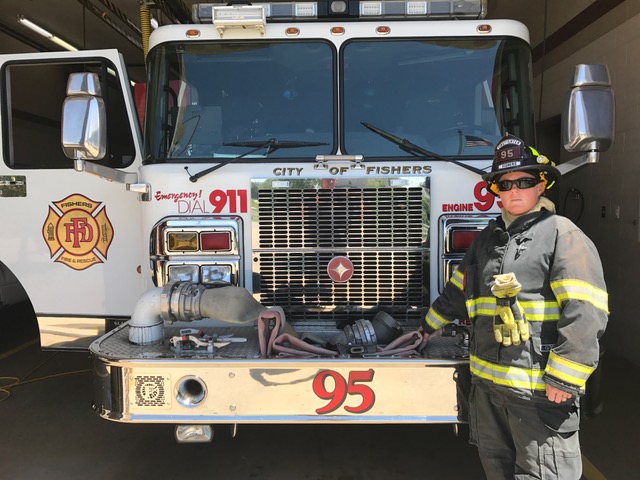 “I am on Engine 95 as the backstep. If we go on an EMS run, basically we just help with patient care. If we go on a fire alarm or an accident, I would be the one that would take the equipment to the house or the vehicle, so I’d be the one on the nozzle going in if it’s a fire.”

“It’s really no different. I get along with everyone, whether it’s me being a female working with majority males or working with majority women. I’m treated equally. I always have been since I’ve been here. I’ve not had any issues with that. It’s tough knowing that being that it’s male-dominant and it’s a very strenuous physical job, I know that I have to not necessarily keep up with them, but I have to be accountable for myself, my physical ability, making sure I stay on top of working out every shift and also off shift and remain healthy, eat good and stay hydrated.”