You are at:Home»Current in Zionsville»New officer sworn in

On June 5, the Zionsville Police Dept. swore in its newest officer, Jack Callahan. 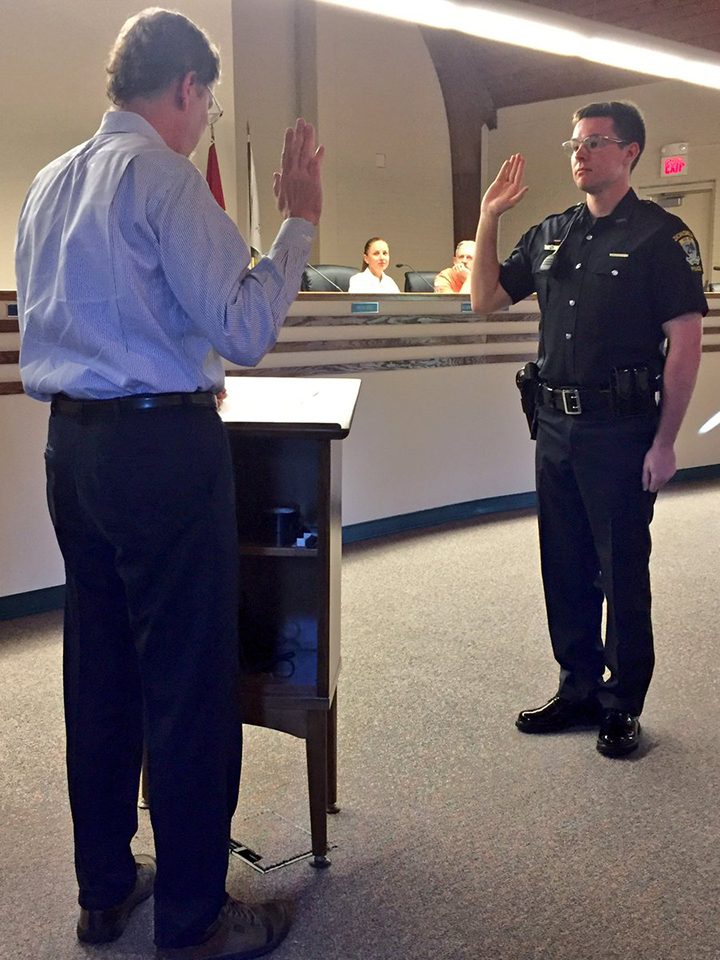 “I love the community around there and it just seemed like a place where I wanted to make a career, especially with how it’s growing,” he stated after being asked why he chose Zionsville. The ZPD is a growing department and he’s excited to be a part of it, he said.

Officer Callahan grew up in Spokane, Washington with his parents. After his father retired from the Air Force, they moved to Westfield, Ind. when he was in third grade. He has remained in Westfield up until the past three years, when he went to college in Indianapolis.

In Indianapolis, he attended Indiana University- Purdue University, which he graduated from in May of 2016. He got his degree in public safety management so that he could become an officer.

During college, Callahan had several different jobs. He worked at Hamilton County Parks and Recreation, as well as the National Institute of Fitness. Prior to his new job at the Zionsville Police Dept., he worked with the Indiana State Capitol Police.

Callahan has one major career goal for the future.

“I have career aspirations to become a detective and I think it’d be a great department to work my way into that,” he said.

So far, he has learned a lot about how to write and file reports. Not only has he learned how to handle reports, but he has also learned how to patrol efficiently. He has stated that his favorite part is report writing and crash reports, though.

He has really enjoyed his involvement with the ZPD, he said.

“I’ve had a great time working so far,” Callahan stated. “I’ve been learning a lot and it’s been a great experience.”