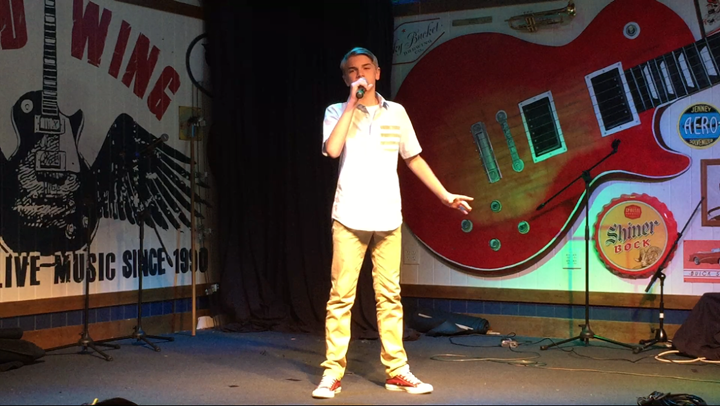 Maddux Morrison during the CMA Showcase in Franklin, Tenn., a suburb of Nashville. (Submitted photo)

Simply put, 12-year-old Maddux Morrison is reaching for the top. His goal?

“I want to be an actor on Broadway,” said the Noblesville East Middle Schooler.

Perhaps, one day he can look back to his appearance at the CMA Showcase in Franklin, Tenn., near Nashville, that got him started on his way to the Great White Way. Morrison’s voice teacher, Lynee Mlott of Geist, made the connection for the budding star with the June Showcase, which featured dozens of youths from all over the country.

“I was really nervous,” Maddux. “I really didn’t know any of the kids performing, and it was the first time I had actually sung on stage. I felt like I did good, and it was a big relief when it was over.” 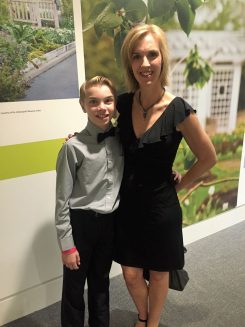 Maddux’s mother, Amy Morrison, said her son has always been a performer since he was a toddler.

“He absolutely loved music and would put on ‘shows’ for us at a very young age,” said Amy, a second grade teacher at Forest Dale Elementary School in Carmel. “He even earned a solo in his end-of-the-year preschool program because his teacher recognized how much he loved to be in front of an audience.’’

So, once he was old enough, the family (father Brock is an engineering and construction teacher at Noblesville High School) began enrolling him in theater classes. First, there were the classes at Christian Youth Theater in preschool. Then, he took classes and workshops and performed in plays at Civic Theatre in Carmel, including his current role as Mr. Mayor in Junior Civic’s “Seussical.” He is part of the Act One Performance group there, as well.

He also has performed at the Belfry Theater in Noblesville and his preparing for his role as Prince Eric in “The Little Mermaid” there in July. Last fall, he participated in Anderson University’s production of “Gypsy” and currently can be seen in The Children’s Museum exhibit called “Dance,” in which he took part in the production of a dance video.

Obviously, the young talent has been very busy.

“Maddux already has learned the hard work and dedication to the job pays off,” Amy said. “He definitely drives himself.”

Morrison gives his parents proper praise for their assistance.

“Besides driving me around all over the place, my parents have been supportive and encourage me to get better,” he said.