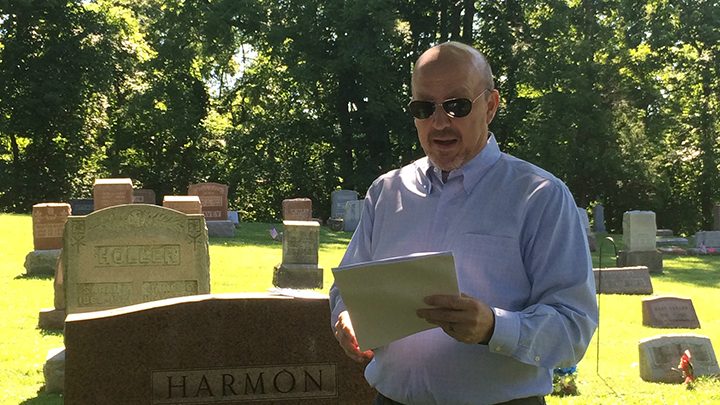 Ben Pauley reads at a gravesite during a tour. (Submitted photo)

For the past five years, Ben Pauley has been giving tours of the Salem United Methodist Chuch’s graveyard in Zionsville.

It started as a casual outing after one Fourth of July service, but now it has become a tradition.

“Last year, rather than do a broad tour, I decided to focus specifically on one veteran and delve deeper into his history by performing a bit of a geological summary, almost a eulogy of sorts,” Pauley said. “When you spend that much time on Ancestry.com, you feel like you get to know him a little.” 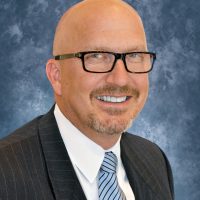 Pauley, a Zionsville resident, chose James E. Holler of the 23rd North Carolina Infantry, a Confederate soldier. Holler later became a Boone County farmer and a member of Salem Church. Many of his direct descendants are still members of the church.

With 2017 being the 100th anniversary of the U.S. entering World War I, Pauley will focus on World War I veterans buried in the graveyard following the 9:15 a.m. church service July 2. The tour will begin at approximately 10:45 a.m.

The graveyard, which originated in the middle of the 19th century, is the burial spot for veterans of several other wars, including the War of 1812, the Black Hawk Indiana War, the Spanish-American War, World War II and Vietnam.

Pauley said he has given the tours on the Sunday service closest to July 4 and then again around Labor Day for those who were on vacation over the summer.

“We typically have about 20 people at each of the tours, but we’ve never really publicized it,” Pauley said. “The reason we thought it might be fun to include some from the community was that we just happened to have some visitors in the church from North Carolina last year and they were so excited to join the tour and see someone’s grave who had actually fought for North Carolina.”