You are at:Home»Current in Carmel»Carmel Community»Carmel’s historical farms featured in video debuting June 17

Two Gaits Farm in Carmel was once of the top standardbred horse farms in the nation. 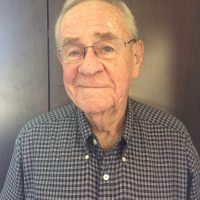 Leo McNamara Sr., an entrepreneur who had several businesses, moved his family to Carmel in 1940. He and his wife, Ethel, had 10 children, nine of them boys.

“The house we grew up in was built in 1860 and still stands,” said Dick McNamara, an 87-year-old Carmel resident.

Two Gaits Farm, which was named for the trotter and pacer gaits of a harness horse, is one of two farms featured in the series, “Historical Farms of Clay Township,” which will premiere at the Carmel Clay Public Library from 2 to 4 p.m. June 17. The videos about Lynnwood Farm and Two Gaits are sponsored by Doug Callahan, Clay Township Trustee, and produced by The OMNI Centre for Public Media, Inc. The Carmel Clay Historical Society and the Carmel Clay Public Library are partners in the series.

The land where Two Gaits was on includes the Village of Mount Carmel, which Leo McNamara developed as a planned community. McNamara donated 12 acres to the Archdiocese of Lafayette to build Our Lady of Mount Carmel in 1955.

“There is a lot of history a lot of Carmelites don’t have an idea about,” McNamara said. “Fortunately, I’m a pack rat, so I had a lot of photos.”

The family sold the remaining farm land to Ralph Wilfong in 1973.

One of the most famous harness horses was Adios (1940-65), which was once owned by Harry Warner of Warner Brothers Studio. Adios proved to be a tremendous stud, siring eight winners of the Little Brown Jug, one of harness racing’s Triple Crown races.

Jerry Nickel, 64, grew up on Lynnwood Farm. The farm belonged to Charles Lynn, who eventually donated it to Purdue as an agricultural research farm in the 1940s.

“Until 1967, they raised purebred livestock, cattle and Berkshire hogs,” said Nickel, a 1971 Carmel High School graduate who lives in Connersville.

“My dad (George) worked there from the time he got out of school until he retired in 1989,” Nickel said. “I just worked there as a high school and college student. I just talked about what it was like to be a child on this big farm. It was a wonderful playground.”

The farm land is near Plum Creek Golf Couse.

“Northview Church is on part of the land, and a lot of it is now subdivisions,” Nickel said.

Purdue sold the farm to developers in 1989.