You are at:Home»Current in Carmel»Obituary: Marilyn M. Smith 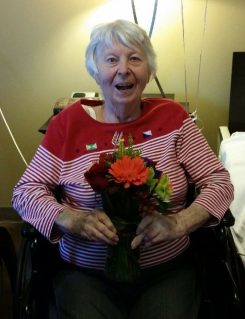 Marilyn served as Pike Township Assessor from 1974 until retiring in 1991. She was also asked to be a precinct committeeman, finding it rewarding to help elect Republicans to office. Later, she moved to the position of ward chairman.

Politics was an integral part of Marilyn’s life; however, she also enjoyed playing bridge and traveling.

In addition to her parents, Marilyn was preceded in death by her son, Thomas Smith and sister, Florence Sabatine.

Marilyn is survived by her husband, Keith C. Smith.

A Celebration of Life Service will be held at 11 a.m. June 9 in St. Christopher’s Episcopal Church, Carmel, of which she was a member.