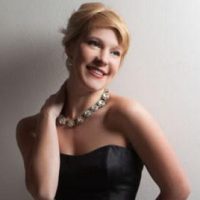 In fact, the concert was designed, in large part, for the couple.

“We put this together because we knew we had the chance to feature them,” IWS music director/conductor Charlie Conrad said. “With Bryn being from Carmel, we always love to get some of our successful (performers) from the community back in to feature them. Once we decided on an operatic theme, we decided what goes better with opera than Italian music.”

Bryn, whose maiden name is Chapman, is a 2000 Carmel High School graduate and former member of the Ambassadors show choir. Bryn was the 2003 Miss Indiana and finished in the top 10 at the 2004 Miss America competition. She met her husband Campbell at Indiana University. Bryn is a soprano and Campbell is a bass singer. Both are members of The Cast, a group of performers who tour Europe in non-traditional opera venues.

Bryn and Campbell, who live in Cologne, Germany, have been living and touring in Europe since 2009. They have successful solo careers but also like to perform as a duet. Conrad said they will perform the duet, “Bess You Is My Woman Now” from “Porky and Bess.”

“Then each of them will do two selections from Italian opera,” Conrad said.

This is the first time Bryn has performed with IWS.

Another piece Conrad has planned for the concert is Martin Ellerby’s “Venetian Spells.”

Former CHS orchestra director Soo Han, will receive the annual James B. Calvert Outstanding Music Educator Award at the IWS concert. Han took a sabbatical this school year and then resigned in March to continue pursuing his doctoral degree in orchestra conducting at Michigan State.