You are at:Home»Current in Noblesville»Hoosier Heritage Port Authority approves requests for proposals for a train operator 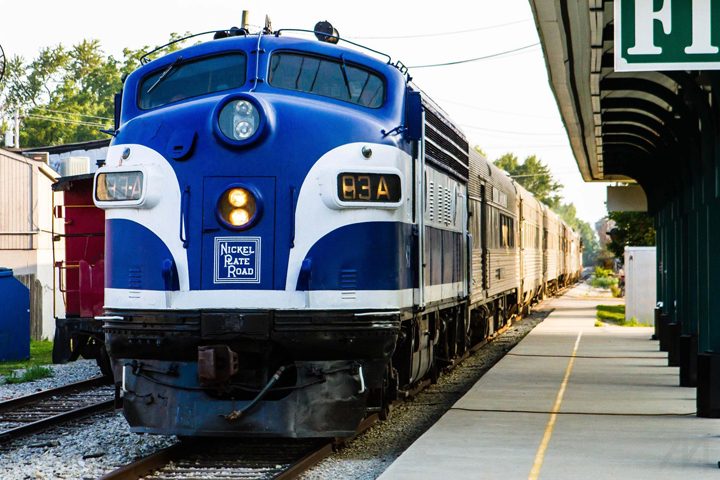 The Nickel Plate train will not run to and from the Indiana State Fair this year. (Submitted photo)

At its April 19 meeting, the Hoosier Heritage Port Authority unanimously approved a request for proposals for an operator of the Nickel Plate railroad.

A review committee for the proposals would be made up of five board members, excluding Mike Obergfell because he is the president, and one member appointed by each of the three owners, Fishers, Noblesville and Hamilton County, to create a committee of eight people.

Proposals must be received by June 13 and scoring will begin July 1. Scores will be brought to Obergfell to review and recommendations. The railroad owners have the opportunity to interview the top-scoring proposers.

Obergfell said the plan is to make the final award in July at the HHPA meeting or, if interviews run through July, hold a special meeting in August.

“Time is short. We would like to get the operator going back on our line as soon as possible. The sooner, the better,” Obergfell said.

At the end of the meeting, the HHPA board fielded questions from the public. One person asked about the state fair train, and Obergfell said there would be no state fair train in 2017.

Previously, the railroad was operated by the Indiana Transportation Museum. Those operations were suspended last year.