You are at:Home»Current in Westfield»Wrigley Company sends more than 12,000 pieces of chewing gum to Westfield Intermediate School after student’s persuasive letter is sent to principal

With Indiana ISTEP+ testing in full swing across the state, Westfield Washington Schools clearly is exception — except when it comes to the amount of chewing gum on hand. 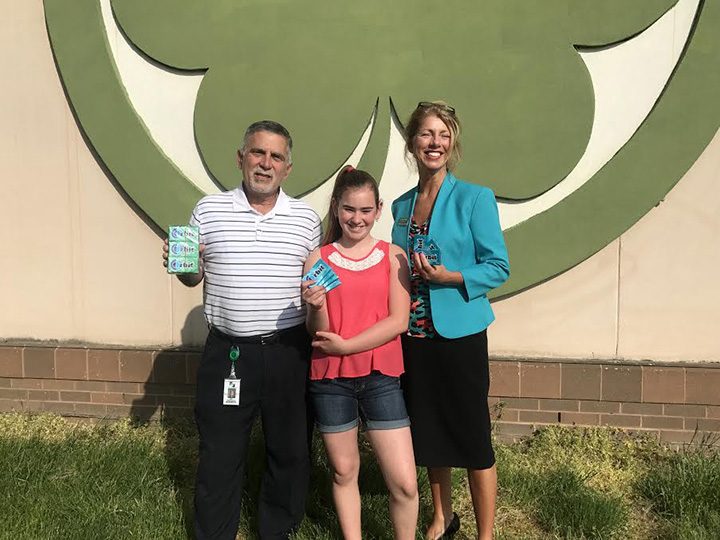 In March, students from Shannon Miller’s sixth-grade classr were asked to draft several persuasive letters. The students could pick who they wrote to, and sixth-grader Addison Motsinger chose Principal Annette Patchett.

Motsinger’s argued that chewing gum while taking the ISTEP+ test would improve scores. She noted that researchers from St. Lawrence University found in a 2011 study that chewing gum increases blood flow to the brain, where it does improve memory. Motsinger’s argument was so compelling that Patchett arranged for every student to have “sugar-free” gum on the test dates in March.

But when word about Motsinger’s letter spread through school, instructional assistant and 33-year Wrigley Company veteran Michael Zipparo took matters into his own hands.

“(Zipparo) reached out to the right connections (at Wrigley), and we could not be any more thankful,” Patchett said. “The letter (Motsinger) sent was articulated very well.”

So well, in fact, that Zipparo reached out to the Wrigley Company, which donated more than 12,000 sticks of gum to the school. It was enough for each student to have a stick for the second round of ISTEP+ testing, which is typically four to five days.

As for Motsinger, she will keep on chewing, showing us all that a little persuasion can go a very long way.