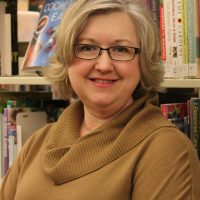 “We had exploration teams of our staff that went out into our communities and talked to people,” Library Director Edra Waterman said. “One of the things that came out of it very clearly was the spaces in our buildings are not always set up to be the most conducive to the way people were using them now.

“One of the things people are constantly asking us for is more space to study, work, a place to plug their computers in, etc.”

The plan includes reconfiguring some of the spaces in the library, but also utilizing the empty lower level as a creative space.

“For three years, Launch Fishers was in that space,” Waterman said. “They kind of graduated out of the library and into their own building. We’re going to be creating an arts-focused makerspace where there will be lots of opportunities for creativity.”

The area will include a recording studio, a three-dimensional printer, vinyl cutter, areas for painting and sewing and room for classes. The library also wants an artist-in-residence program.

“We’re calling it Ignite Studio. We’re pretty excited about it,” Waterman said. “We’re excited that folks can take advantage of the unique vibe that will be in that space. We’re excited people can go there and make their ideas a reality. As a library, ideas are a huge part of what we do and what we deal in.”

The renovation will take approximately two years to complete. The library plans to remain open during that time. For more, visit hepl.lib.in.us.