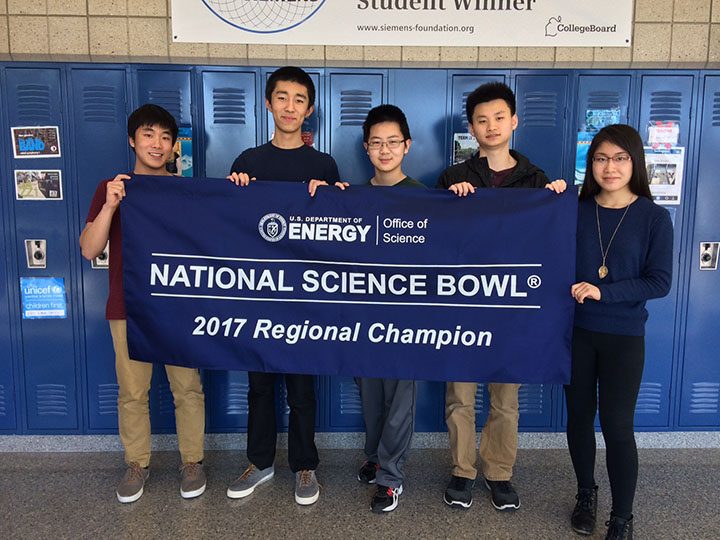 Brendan and Melissa Yap hope history repeats itself in the National Science Bowl.

The twins were on the winning Creekside Middle School team at the middle school level in 2013.

They are members of a Carmel High School team participating in the National Science Bowl April 27 to May 1 in Washington, D.C.

Juniors Xuchen Wei, Allen Zhang and sophomore Kevin Liu are the other members. Melissa is serving as an alternate.

“We want to be back on stage for finals this year,” Brendan said. “Melissa and I have the experience of being in finals, but Kevin, Xuchen and Allen don’t. Our hope is for them to have the same experience. In total, this is the fourth year Melissa and I will be attending National Science Bowl. It has been four years since we were on stage during the finals. It’s much more exciting than being a part of the audience, which we last experienced our sophomore year.”

“We prepare through buzzer practice and personal study,” Brendan said.

Before regionals they scrimmaged with the CHS B and C teams. Now they are scrimmaging against teams around the nation through Skype.

Brendan said much of the motivation comes from losing the Indiana regional tournament in 2016.

“We assumed we would have an easy time beating out the other teams due to our greater experience, especially from going to nationals three times already,” Brendan said. “We didn’t study or practice enough, so we finished second to Park Tudor High School. This year, our regional tournament (March 11) was a lot better. We finished first and the Carmel High School B Team finished second.”