You are at:Home»Current in Zionsville»Tax abatement helps spur Facility Concepts’ move to Whitestown

One of the nation’s largest commercial furniture makers has announced plans to move its headquarters from Indianapolis to Whitestown. A 10-year real-property tax abatement for the Facility Concepts relocation was approved April 12 by the Whitestown Town Council. 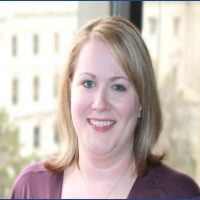 Molly Whitehead, executive director of the Boone County Economic Development Corp., said such tax incentives are meant to be an inducement for a company to “establish operations or grow operations in a community and/or for the owner to actually construct the building.”

“Manufacturing and headquarters operations are two industries we seek to grow in Boone County, and Facility Concepts is significant because it touches on both of those industries. Facility Concepts helps to diversify our local economy,” Whitehead said. “Further, one of our goals is to better match the available jobs with Boone County residents, and with the broad range of positions available, we believe this moves us in the right direction.”

The company will set up shop in a 251,080-square-foot building in Allpoints in Anson just off I-65 between County Road 450 South and County Road 500 South. Facility Concepts will lease the building from Browning/Duke Realty.

Construction is expected to begin in June and be complete by the end of November. Facility Concepts expects to retain the jobs of its existing 117 full-time employees at the new location but could seek new-hires if not all of the current staff wants to make the move.

Whitehead said the EDC is excited to see continued growth in the county.

“We have been pleased with the amount of activity we saw in 2016, a 17 percent increase in leads from 2015, and so we anticipate many more successes to come,” she said.

Facility Concepts, which makes commercial furniture for clients in education, entertainment, food service and hospitality/retail industries, also operates in Peru and has a plant on Indianapolis’ northwest side.