You are at:Home»Current in Fishers»Family tragedy inspires HSE grad to become cardiovascular surgeon

Hamilton Southeastern High School graduate Jaquantey Bowens took a personal tragedy and made it his life mission. Near his 18th birthday while a freshman at Tennessee State University, his maternal grandfather died from heart disease. His paternal grandfather and other family members also died from the disease. 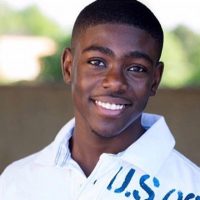 “From that day forward, I vowed to put an end to heart disease. I solidified my career choice to become a cardiovascular surgeon,” Bowens stated in a press release sent to Current. “I have strived for excellence and have maintained nothing less than an A in every course I have taken.”

He was determined to fully focus on school and become a doctor.

“When he lost the last grandfather, he had just started college as a freshman. Then when he got the news, he decided to step up his game, be a better student. That’s where his story starts,” said Emmanuel Freeman, public information officer at TSU.

Bowens will receive a bachelor’s degree in biology with a concentration in cell and molecular biology and a minor in chemistry. He also has been accepted into the prestigious Harvard Brigham and Women’s Hospital Stars Program for Summer Research, an intensive eight-week program in research methods and practices for under-represented minority college and first-year medical students.

Bowens was honored by TSU March 28 during its annual Honors Day Convocation. He is a Presidential Scholar and will graduate in December.

“The honors program is really the recognition of our best and brightest students. These are students on the dean’s list who make 3.0 GPA and above. At 4.0 you become a Presidential Scholar, which Jaquantey is,” Freeman said.