After 20 years in corporate and nonprofit communications and marketing, Linda Forler is moving on to the agriculture industry. She recently joined the Indiana State Dept. of Agriculture as the new Hoosier Homestead Award Program manager. 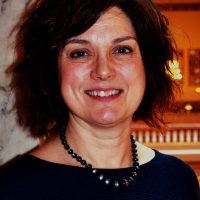 Forler lives in Zionsville with her husband and two children, but she grew up in Rossville, a small farming town.

Forler graduated from Purdue University in 1985 with a bachelor’s degree in communications, advertising and public relations. After a stint with a minor league hockey team in Indianapolis, she spent most of her career in insurance. While taking time off work to stay with her children, Forler remained involved with many nonprofit organizations.

“You get a sense of satisfaction from working, and it’s hard when you’ve worked for so many years to walk away from it,” Forler said. “So it’s that nice transition where you can give back, and I want my kids to see that we give back to the community and organizations. Also, it’s a way to kind of keep your feet dabbling in the workplace.”

Forler heard about the ISDA position through a friend and decided to apply after finding a database of previous program winners, many of which were near her hometown.

The Hoosier Homestead Award Program was created to honor Indiana’s agricultural history. The award is given to families who have owned their farm for 100 years or more.

“For people who don’t have farms, it doesn’t seem like a big deal,” she said. “It’s a huge deal to these families.”

As manager, Forler reviews applications, interacts with applicants and organizes an award ceremony twice a year. Forler said it doesn’t feel like work to her because of the people she gets to meet.

“I appreciate (the farming families). They’re what people think of true Hoosiers,” Forler said. “They’re just kind people who are just excited to do this for their family.”