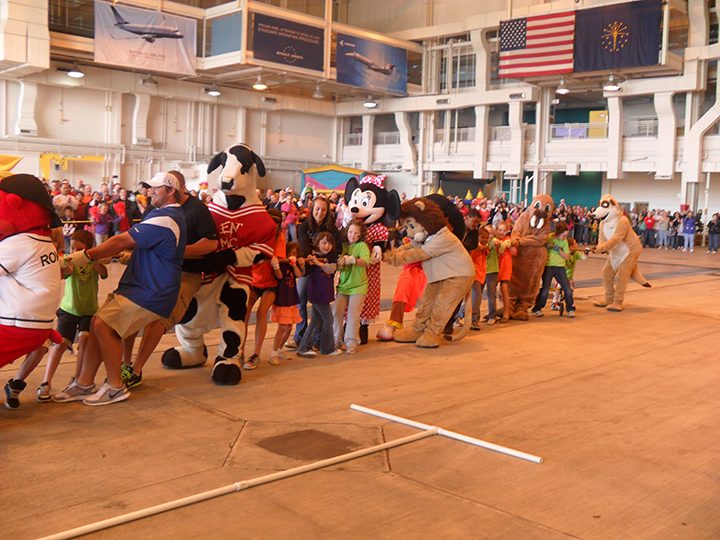 Teams will attempt to pull a 24-ton aircraft 15 feet during the Pulling for Wishes Plane Pull. (Submitted photo)

Pam Frenzel felt a little guilty enjoying a 2004 trip to Disney World funded through the Indiana Children’s Wish Fund for her son, Tyler. He was looking and feeling healthy after battling acute lymphoblastic leukemia, while other kids enjoying wish trips were clearly facing significant health struggles.

But as it turned out, that week in Florida was the last big trip the Carmel family took together, as Tyler relapsed a week later and died within a year at age 9. 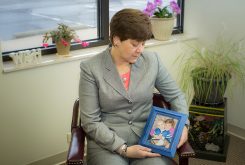 Pam Frenzel holds a photo of herself and her son, Tyler. (File photo)

“(The Disney trip) one of our lasting great memories that we have as a family with him,” Frenzel said. “Looking back we see how impactful it really was.”

Now, the family encourages donations to ICWF, which grants wishes to children age 3 to 18 who are facing life-threatening illnesses. One of its major fundraisers is the annual Pulling for Wishes Plane Pull, which has been dedicated to Tyler’s memory since it began in 2011. This year’s event is set to begin at 9 a.m. April 22 at the Republic Airline hangar near Indianapolis International Airport, 3998 S. Hoffman Road, Indianapolis.

Teams of 10 people, including three females, must raise at least $500 for a chance to pull a 24-ton aircraft 15 feet. At the end of the event, prizes are given for the fastest times and best team costume.

The free event will also include appearances by the Indiana Pacemates, Pacers mascot Boomer, Colts cheerleaders and other celebrities. Guests can enjoy a kids zone, aircraft tours and refreshments.

The fundraising will continue in the evening with the Pulling for Wishes Plane Pull Gala at Prime 47 in Carmel.

“The gala is a wonderful celebration and an extension of the airplane pull,” said LG Edwards, ICWF board president. “It is a fun-filled evening with great food, live and silent auction, music and a live performance by national comedian and impressionist Frank Caliendo.”

Last year’s event raised more than $430,000 for ICWF, which has granted more than 3,200 wishes to Hoosier kids in the past 33 years. The plane pull has raised $1.4 million for ICWF since its inception.

In addition to ICWF, other beneficiaries this year are Riley Children’s Foundation and Peyton Manning Children’s Hospital. Frenzel said Tyler had ties to each of them. ICWF granted his wish, he was a patient at PMCH during much of his battle with leukemia, and he went to Riley Hospital when he needed a bone marrow transplant.

“I think that’s really neat,” Frenzel said. “Tyler has this thread woven through each of the beneficiaries.”

Learn more at IndyWish.org or rjet.com. Teams must register by April 14. Register a team or for the gala by calling 317-913-9474 or jbenner@indywish.org.