You are at:Home»Current in Westfield»Column: A gateway to our communities 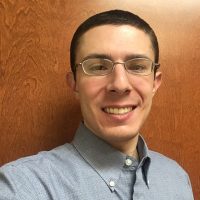 Conveniently located at the heart of Hamilton and Boone counties, Indianapolis Executive Airport aspires to serve as a welcoming gateway to our communities’ guests, an economic gateway to our business communities’ growth and a gateway to our communities’ gathering in support of one another. As a welcoming gateway, Indy Exec supports nearly 35,500 takeoffs and landings each year as Indiana’s 10th-busiest airport through its 5,500-foot-long concrete runway, instrument landing systems that aid operations amid reduced visibility and terminal and hangar facilities that are managed by Montgomery Aviation and Taft Aviation (INDOT, 2015). As an economic gateway, Indy Exec serves an average of 17.2 business flights each day as Indianapolis’s second-busiest airport through its proximity to the unprecedented growth fostered in communities across Hamilton and Boone counties (FAA, 2016). As a gateway to our gathering, Indy Exec is home to Montgomery Aviation’s Annual Open House, Fly-In & Air Race Supporting Down Syndrome Indiana. With the 11th annual already scheduled for Aug. 5, please join us for a day filled with fun, food and flight.

As a general aviation airport, Indy Exec also is home to a diversity of 75 based aircraft, and with Beck’s Hybrid’s 2016-inauguration of its new hangar, Indy Exec is primed for similar development in conjunction with its capital improvement plan that includes a wildlife perimeter fence, runway and taxiway extension and additional infrastructure investments (INDOT, 2015). Although the saying goes, “A mile of highway will take you a mile, but a mile of runway will take you anywhere,” airports serve alongside of roads, rails and rivers as gateways to our communities, and Indianapolis Executive Airport aspires to serve Hamilton and Boone counties as a welcoming, economic and gathering gateway.