You are at:Home»Current in Carmel»Carmel Business Local»Planet Fitness to open in Merchants’ Square 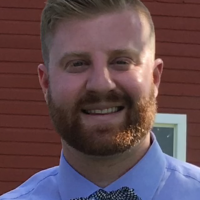 “We have been eyeing to put a Planet Fitness in Carmel for years and have not been able to find space,” said Alex Baker, director of operations for the PF Baker Group. “Carmel is truly an amazing community and one of the hottest markets in the state. Merchants’ Square is a very established shopping center with great anchors.”

The franchise owner is Baker’s father, Robert, who is based in New Jersey.

“The PF Baker Group franchise started in November of 2010 with our first gym opening in Plainfield,” Baker said. “Just more than six-and-a-half years later, we are opening our 15th location.”

Carmel will be the first Planet Fitness in Hamilton County and 10th in the Indianapolis area.

“We own the rights to all of Hamilton County and plan to expand rapidly here,” Baker said.