You are at:Home»Current in Noblesville»Brad Howell named new school board trustee

The Noblesville Schools Board of Trustees announced Feb. 22 the appointment of Brad Howell to fill a board vacancy created by the death of Gary Duvall, who died Jan. 22. 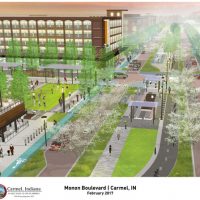 Howell is the adult services manager at Hamilton East Public Library in Noblesville and is a former Noblesville High School library media specialist. In the community, he has been involved in multiple academic, athletic and community organizations. He also is the father of four children currently enrolled in Noblesville Schools.

“We are so proud that so many in our community were willing to step up to support our schools,” Julia Kozicki, board president, stated in a press release. “Brad rose to the top because he brings a wealth of experience, and we are confident that Brad will be committed to supporting our vision to engage, inspire and empower our students and staff.”

Howell will be sworn in at the March 21 school board meeting and will serve out the remaining portion of Duvall’s four-year term.