You are at:Home»Current in Zionsville»Zionsville Police Dept. reserve detective retires

By trade, Paul Watson was a mechanical engineer for Eli Lilly Co. 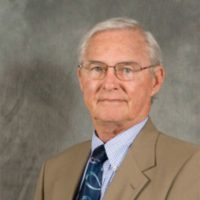 “It was just like any part-time interest, mine just happened to be in law enforcement,” said Watson, who had been in the reserves since 1980. “I appreciate the experience and the people I worked with. I enjoyed it very much.”

They appreciated him as well.

“We went through reserve school together when we were both a lot younger and had dark hair,” ZPD Chief Robert Knox said.  “Several years ago, he started helping the full-time investigators out, and he’s done a phenomenal job. But it’s got to the point where he thinks it’s his time to relax a bit. He’s a smart fellow and we’re going to miss him a lot. He’s one of the nicest guys you want to meet.”

Watson, a Zionsville resident, said the minimum work requirement was 16 hours a month, but he did much more than that.

“At first, three shifts a week was filled by a reserve officer, but later on as the department grew, we had multiple officers,” Watson said. “When I started doing investigations, it wasn’t a set schedule.”

Watson, who was involved in design and construction project management, retired from his engineering job in 2000.

Watson said he spent 30 to 50 hours a month on investigations the last several years.

“I enjoy the challenge of it,” Watson said. “I enjoyed the training. I enjoy the comradeship. I enjoy the feeling of having a mission and working together, the teamwork. I enjoyed the contact you made with people in the various situations, figuring out what was going on and solving the issues.”

Typically, Watson would help with reports of thefts or suspicious activities.

“One of the things I was happy to do and enjoyed a lot was I was one of the original members of our bike patrol,” Watson said.

Watson and his wife, Gretchen, a retired music teacher, have three daughters and eight grandchildren.