You are at:Home»Current in Geist»Busing in tech: Mt. Vernon Community School Corp. to make upgrades in its bus fleets 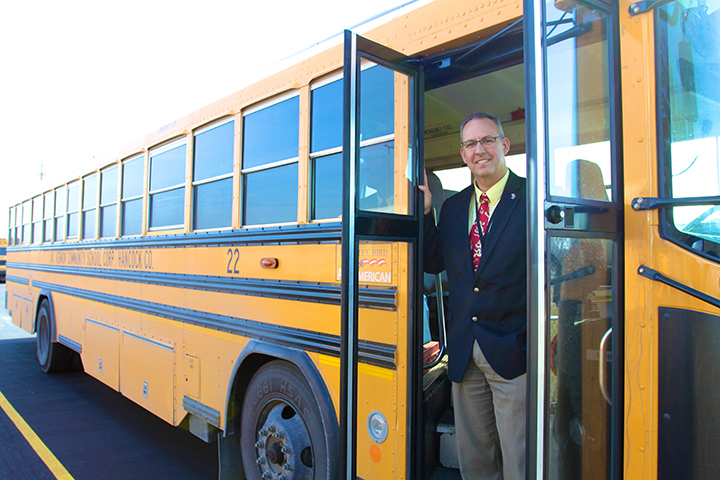 With 38 buses district-wide, Supt. Shane Robbins said he’s looking forward to enhancing safety and learning opportunities for students with the implementation of Wi-Fi, external bus cameras and a new app.

Students district-wide will soon have Wi-Fi access to and from school. Robbins said adding Wi-Fi to each bus will enhance the MVCSC’s one-to-one technology initiative.

“If they’re on the bus for an hour in the morning and an hour in the afternoon, we just felt like it was two hours of their day that if they want to, they can access their schoolwork,” Robbins said. “They take their devices home, and everything is stored digitally. That’s time they can spend working on their studies versus later when they get home.”

“We just felt like it was something very applicable to the environment we’re trying to create for (students),” he said. “The other thing is, it’s very proven that it does cut down on some of the disruptive behavior on the bus.”

Because the MVCSC is providing both the Wi-Fi and the device to students, each device will remain filtered by the district’s filers, regardless of its location. 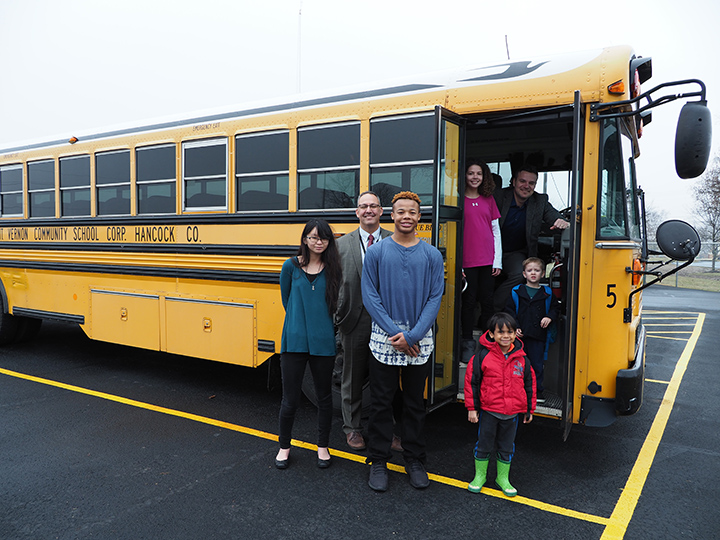 A large part of the bus upgrades include the installation of exterior cameras near the stop arm.

If a car passes the bus when the arm is extended, bus drivers will report the incident, and the video will be saved onto MVCSC servers and turned over to local law enforcement. Robbins said the cameras also have night vision, to be used for dark mornings and evenings during extra curricular trips, etc.

“Our bus drivers kept coming in and saying, ‘Well, I had somebody else run the stop arm. What can we do about this?’ It’s not in just one location, not in just a most trafficked area,” Robbins said. “We started out with the philosophy of putting (the cameras) in the most trafficked area, but with the vendors, the cost started coming down. For us, sometimes we have to double route, and I didn’t want to take a chance that we’d have a bus without cameras but a route that needed them. It’s best that we put cameras on all the buses.”

Robbins said the cost for each bus to be equipped with cameras is approximately $1,500.

“The initial expense is the most difficult because you’re retrofitting,” he said. “But when we go to purchase buses in the future, it will just be a part of the cost. Buses cost us over $90,000, so it will be a minimal expense to add that.”

Lastly, MVCSC is launching a new app and website program.

“Here Comes the Bus” is an app that allows parents and guardians to see where the school bus is in real time.

Robbins said one advantage to having the app, aside from knowing when the bus enters a student’s neighborhood, is that as students wait for the bus, they won’t have to wait in adverse weather conditions and can more appropriately time when they need to arrive at the bus stop.

Each parent’s Here Comes the Bus account can list more than one child. Parents can also personalize the distance of the radius that alerts them when the bus enters their area, as well as their notification settings. The GPS technology also works via website.

Parents will use their student’s test ID number to create an account and enter information specific to the student. Additional information can be found at mvcsc.k12.in.us/HereComesTheBus. The MVCSC Transportation Dept. will be installing the Here Comes the Bus technology a few buses at a time, but the app is available for download now.