You are at:Home»Current in Geist»The Middle Agent: Geist resident Steve Gerardi looks back on three-decade career of working with big-name musicians 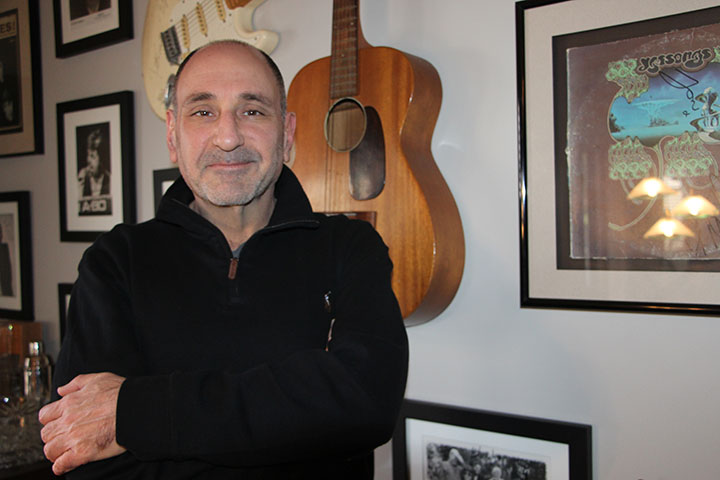 Geist resident Steve Gerardi looks back on three-decade career and ahead to upcoming events. (Photo by Amy Pauszek)

For more than four decades, Geist resident Steve Gerardi has been involved in the entertainment business. 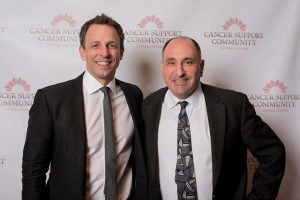 Growing up in the Columbus, Ohio area, he said he knew since he was a teenager at an arena concert that he wanted to be a concert promoter and producer.

“On May 13, 1974, I was a junior in high school, 15 years old,” Gerardi said. “I went to see Edgar Winter at St. John’s Arena (in Columbus, Ohio) touring a new album called ‘They Only Come Out at Night.’ I said, ‘Wow. This is what I want to do. Look at these people that are running around and coordinating all of this.’ For some reason, I was more taken in by the aura of it than the actual show.”

From there, Gerardi said he “got bitten by the bug” and began putting together small events with local bands, renting local venues and printing hundreds of fliers promoting the event and putting them on cars. 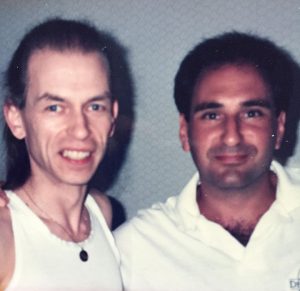 Gerardi with Steve Howe of Yes at Deer Creek in the early 1990s.

“I solely started working with local bands, and one of the bands that I booked got to open up for a band called The Babies,” he said. “I always liked that band, but that was when I met a guy, a promoter, from Sunshine Promotions.”

Gerardi said after introducing himself and repeatedly asking for a job, he began working for Sunshine Promotions running errands – driving people to and from their hotels, going to buy guitar strings, etc.

“But I was absorbing,” he said. “I just kind of got a feel for it, and sure you’re a little star-struck when the band walked in, but you had to understand it was a business.”

From there, he was hired as a promoter with the company, moving to Indianapolis from his short-lived home in San Francisco.

“So I arrived the second week of May (1984), and the day I got here, (the company) told me I was going to Evansville to cover a band called Motley Crue,” Gerardi said.

He produced the show on May 13, 1984 – 10 years to the day in which Gerardi decided he wanted to be a concert promoter.

Gerardi’s ticket stub from the May 13, 1974 Edgar Winter concert at St. John Arena.

Five years later, when Deer Creek was built in 1989, it was Gerardi who booked the first show (Sandi Patty) at the venue. Later, in 1996, Gerardi would become heavily involved with the renovating and reopening of the Murat Theatre in downtown Indianapolis.

In his career, Gerardi has worked with acts such as Bruce Springsteen, The Rolling Stones, Phish, John Mellencamp, Paul McCartney and The Grateful Dead, to name just a few, as a middle agent – the local representative who works with clients to bring famous musicians and acts to local venues.

“After that, I started getting more and more involved with corporate events,” said Gerardi, who said he would receive calls from booking agents from acts playing private events who wanted the services of a local promoter to organize the performance aspect of the event, from ensuring lights, sound, staging, etc. would be up to par.

This weekend, Gerardi will welcome Aretha Franklin with the Community Health Foundation at its annual Giving Gig on Feb. 11 to a sold-out crowd.

Next month, Cancer Support Community of Central Indiana will welcome Jay Leno to its 17th annual Laughing Matters fundraiser, an event Gerardi was hired to book and promote.

“That’s going to be a great event. It’s kind of a hybrid event because it’s got its fundraising aspect, but it’s also got the public aspect,” Gerardi said. “Cancer Support Community, every time I go there, I always walk into those doors and feel very humbled. You think to yourself, virtually every day, somebody has walked in there who has just been diagnosed with cancer. Laughing Matters is the signature event, and I got involved with it last year.”

What: Laughing Matters, a fundraising event and block party for Cancer Support Community of Central Indiana.