You are at:Home»Current in Carmel»Carmel Community»Monon Center plans $1.86 million expansion to handle growth 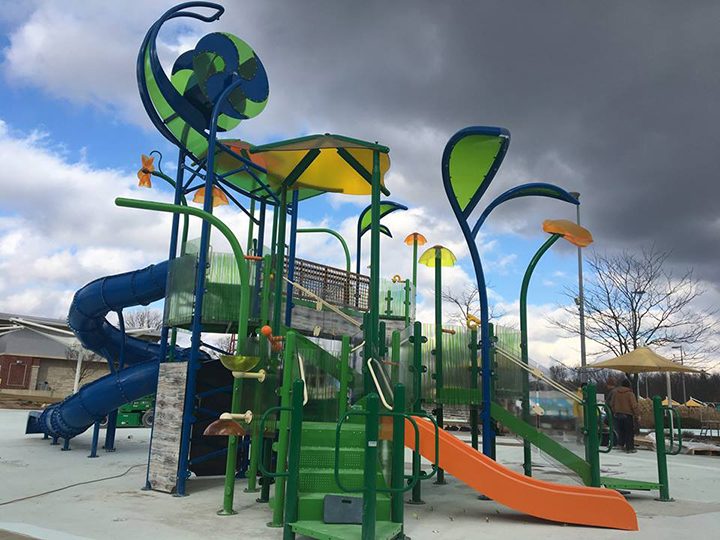 A $500,000 play structure has been added to the children’s area at the outdoor pool and will be ready for the summer season. (Submitted photo)

Carmel Clay Parks Director Mark Westermeier said the Monon Community Center is growing at such a fast pace that expansion is necessary. The center will undergo a $1 million upgrade this year, and around $846,000 will be spent to upgrade and expand the water park as well.

“We just have great growth and now we’re struggling to accommodate every different group,” Westermeier said.

The fitness center has 13,200 members and one day could see a membership cap, Westermeier said. He said there’s only so many ways the Center has to physically expand, so the best options are to maximize efficiency.

The parks department has met with consultants to analyze ways to improve efficiency. Everything from when classes are scheduled to where to put entrance points have been considered. Westermeier said some entry points will be moved around in the fitness area, mostly in the west building.

More than $200,000 will be spent on new fitness equipment, mostly cardio machines, and they will be located throughout the workout area, including some small stations in the four corners of the indoor track and on the glass bridge over the Monon Trail.

Westermeier said a membership cap could be years away but that it’s trending that way. He said when the facility reaches capacity, the community center has a few options. Membership prices could go up if the facility is overcrowded, which Westermeier said could happen, but he’d like to avoid large increases. Expansion would be ideal, but the space is landlocked. Both the east and west buildings are nearing capacity, which could mean a waiting list to join. Westermeier said key card access helps track how often members attend, so he said members who rarely come to the facility but still keep their membership would be taken into account.

The water park continues to expand as attendance increases most years, depending on weather, he said.

The biggest addition is a play feature in the children’s activity pool, which cost around $500,000. The older structure was at the end of its life, so Westermeier said it was time to replace it with a larger one.

“Because it gets so crowded, we upscaled it so it goes higher up and so more kids can get on it,” he said. “It has a dump bucket that’s great and it dumps on a curved piece that’s like a waterfall. It has features for a variety of ages. There’s some smaller slides that are thrilling for younger ages.”

The entrance for the water park will also be changed, and fences will be moved back to create more space, he said. The department will spend $364,000 to rebuild the entrance with a members only line for more efficient entry. He also said some of that money will go to revamping and expanding concessions and adding extra picnic tables and dining areas, which will help boost concessions revenue.

Westermeier said all of these additions will be paid for with Carmel Clay Parks’ existing funds from County Option Income Tax dollars. He said that no tax increase is needed.