You are at:Home»Current in Carmel»Carmel Community»Warehouse closing leaves ticket holders in limbo 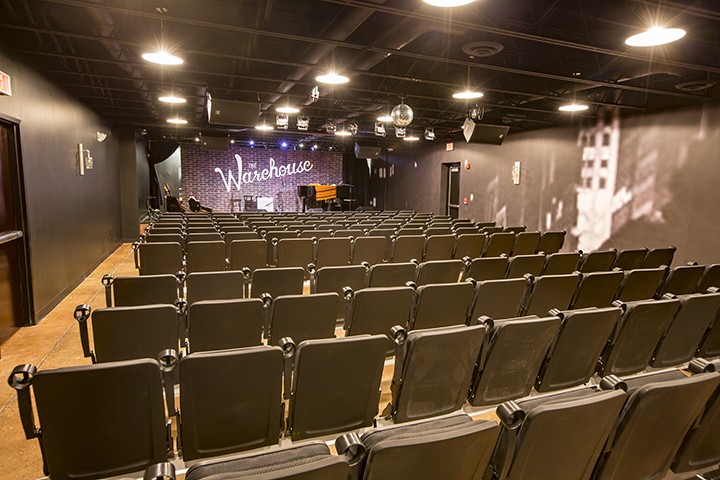 An inside view of seating at The Warehouse. (File photo)

Ramsey’s attorney, BJ Brinkerhoff of Katz & Korin, said they dispute all the charges by Preferred Seating and defend the lawsuit.

The Warehouse, Carmel’s 150-seat listening-room music venue that attracted national acts, was filled with the sound of silence when it ceased operations Jan. 24.

That left ticket holders in limbo.

Owner Heather Ramsey, who rented the space, didn’t address questions about refunds in a response to Current.

“I am extremely disappointed that I will have to close the Warehouse. At this time, I am currently evaluating my options for the future and looking forward to my next endeavor,” Ramsey stated.

She added, “I can’t (go into detail), it’s all with the lawyers right now. I don’t have any answers. I’m truly broken-hearted having to make this decision.”

As of press time, Ramsey’s attorney, BJ Brinkerhoff, of Indianapolis-based Katz & Korin, said he could not comment.

Paul Gilkes, from Sidney, Ohio, told Current he purchased two tickets to see Leon Russell in October 2016. The show was rescheduled for March due to Russell’s poor health, and then ultimately canceled when Russell died Nov. 13.

“I love Carmel. It’s a fabulous town,” said Gilkes, who had attended two previous shows at The Warehouse, 254 1st Ave. “It was a great, beautiful venue. Nice people, cordial.”

When the Russell concert was canceled, Gilkes asked for a refund for the tickets, which cost $135 each, but said he was told by a representative at The Warehouse he could use the credit for another future concert.

Now, he is left wondering how and if he will see that money refunded to him.

“I am going to pursue all legal recourse that is open to me,” Gilkes said.

The Warehouse opened in September 2014 and underwent renovation in early 2016, adding theater seats and a redesigned bar.

Two performers were left scrambling for other concert sites when it closed last week. Singer-songwriter Sara Watkins moved her Jan. 27 concert to the Deluxe room in the Old National Centre in Indianapolis while blues singer Duke Tumatoe moved his album-launching Jan. 28 concert to Birdy’s Bar and Grill in Indianapolis. Tickets for The Warehouse show were honored at those events.

The property is owned by Raiders Investments. Todd Stein, one of the owners, said he could confirm Ramsey was behind in rent. Stein said the property is now available for rent and he has already received some inquiries.

A hearing was scheduled in Hamilton County Superior Court has been delayed until March 15. The suit was filed in May.

“I just want my seats back, that would make me happy,” Sumner said.

“We know she has her own problems — we all do — but just give me my seats back, that would be cool,” Sumner said. “She wrote me a bad check, and that’s a no-no. You can’t do that.”

Sumner said he would like to just settle up without going to court, but Ramsey hasn’t returned his calls.

“My lawyer has been talking to her lawyer so we’ll see where that goes,” Sumner said.

Ramsey’s lawyer, B.J. Brinkerhoff, of Katz & Korin, said last week he could not comment on any aspect about the Warehouse closing. As of this article posting, he did not return a call about the seating lawsuit.