You are at:Home»Current in Geist»Overcoming obstacles: Ten West Center for the Arts running ‘business as usual’ amid recent financial hurdles 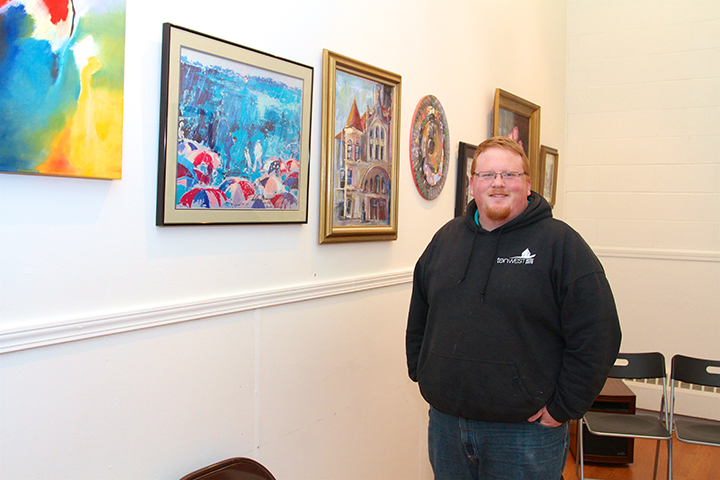 Andrew Okerson, events coordinator at Ten West Center for the Arts in Fortville, talks on the center’s future in providing programming and delves into what 2017 will bring. (Photo by Sadie Hunter)

Ten West Center for the Arts is celebrating its 10th anniversary this year at its 10 W. Church St. location in downtown Fortville, but after an unforeseen financial obstacle, the center is working harder than ever to continue offering services to the community.

“In 2007, we moved in. That was the point where we said we needed to do something arts related, but we didn’t know what that something was,” said Andrew Okerson, events coordinator at Ten West. “So, we got the building, and stuff kind of snowballed from there. We had kids coming in asking for space for their band to play, so we started out early giving them places to perform, and we just kept growing from there, adding art classes and the dance studio, taking these small steps and growing into something the community really appreciates.”

Okerson, along with his dad Paul Okerson and younger brother Matt Okerson, run the arts center.

“We were living in Cumberland, Indiana, and this building became open,” Andrew Okerson said. “My dad had left his marriage, and we were looking for a change, and that happened to be a 12,000-square-foot arts center.”

Since opening in 2007, Paul has served as Ten West’s executive director. In the center’s history, he has been one of the primary forces in keeping the operating budget on track.

“Unfortunately, Paul lost his day job of 20 years,” Okerson said. “While all of our programs are self sufficient – the theater program runs itself, the art classes run themselves – the building is not yet to a point where it pays for itself. You know, we have heat and electric bills that range from $300 to $500, and (Paul) was helping offset a lot of those costs to the tune of almost 90 percent. So, we had to scramble to offset that, and we decided memberships would be a good way.”

This month, Ten West began offering memberships that range from $10 to $100 per month with varying levels of perks and benefits.

“It was completely discussed before this happened,” Okerson said. “But now that we’re offering consistent programming and there’s a benefit for people, we feel like (offering memberships) is something we can do. While we appreciate one-time donations because they help so much, having on paper that day-in-and-day-out amount of $10 a month is huge.

“We’ve had a ton of people pitching in helping us do what we do,” he added. “So now, we’re at 50 percent of our overall goal. These members get all kinds of benefits. Depending on the level, they get flex tickets to our theater productions and can pick whatever seats they want with early access. And with 140 seats in the house, especially with popular shows, they sell out quickly.” 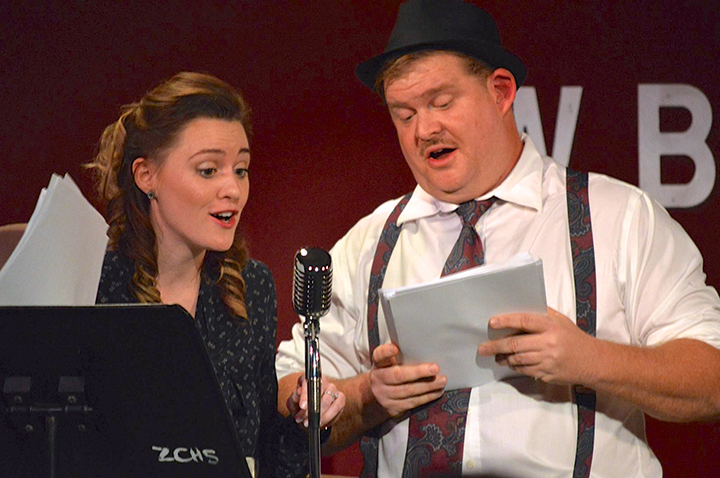 To offer visual arts and martial arts programming, Ten West partners with two other community businesses, Celestial Martial Arts and Indy Art Venture, which are housed in the facility.

“She’s a brilliant educator, and she’s made this building her home,” Okerson said. “She’ll have 20 to 30 kids doing classes each week.”

Celestial Martial Arts offers classes to families and is led by Bruce Monroe, a 2nd dan black belt in Tae Kwon Do.

The theater program is run solely by Ten West and serves as the organization’s flagship.

“We have programs for kids, teens and adults,” Okerson said. “One of the big differences between here and several other places (is) the only thing any of our theater participants pay for, including adults, is a T-shirt and a catered meal. Aside from that, everything is taken care of for them.”

In addition to classes and community theater performances, Ten West has been known to feature special events, including world-class brass ensembles, nationally known comedians and more.

Aside from memberships, donations and ticket sales from performances, the organization also offers rentals for weddings, birthday parties, meetings and other events

“We’re very positive about the future, and we’re at least funded through April,” Okerson said. “Now, we’re pushing to get through the rest of the year, and aside from getting funding together, we’re running business as usual.”

To see upcoming performances and events or ways to donate or become a member, visit tenwestcenter.org/donate.

Jan. 28 – Dine-Out Benefit: Sam’s Silver Circle Bar, 1102 Fletcher Ave., Indianapolis, will host a dine-out benefit for Ten West Center for the Arts beginning at 7 p.m. A portion of the night’s proceeds will go to the organization.