Sandy Stewart has stepped down as executive director of PrimeLife Enrichment, but she’s not finished working. 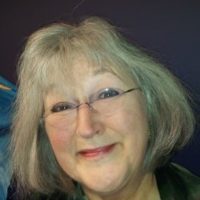 She has accepted the role of development director and assists the nonprofit by writing grants.

Sheri Ballard, 54, the newly appointed executive director of PrimeLife, said having Stewart on the staff will help her as she begins her new role.

“I certainty have looked at her over those eight years as a mentor, and I’m glad I am still able to do that,” Ballard said.

Stewart, 70, has worked for the nonprofit for 24 years, becoming executive director in 1996. Before working at PrimeLife, Stewart worked in a long-term care facility and had a career in retail management for Bloomingdales.

“I felt a need to do something more meaningful with my life,” Stewart said. “When I resigned, my resignation line was selling clothing to wealthy women, and making money for Bloomingdales is not satisfying enough to justify the amount of air I breathe on the planet.”

Stewart said she has seen PrimeLife grow over the years, including a move from Noblesville to Carmel in 1997. She said there have been challenges along the way, including securing funding for growth and a fire that burned down PrimeLife’s rented space in 2002.

“The biggest change is the addition of the senior activities program,” Stewart said.

The senior activities program was started in 2003 after PrimeLife’s $2.7 million facility was opened.

Among Ballard’s goals is to increase awareness about PrimeLife and what it offers to the community.