You are at:Home»Current in Zionsville»Zionsville’s zWORKS welcomes first executive director 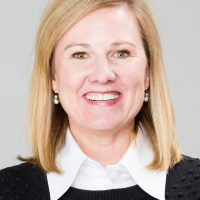 “It was perfect timing,” said Swanson who previously worked for the U.S. Chamber of Commerce and the campaigns of local Republicans.

In the 13 years she and her family have lived in Zionsville, Swanson has found ways to contribute to the community through Zionsville Tri Kappa, Indiana Leadership Forum and her four children’s schools.

“As the kids got older this seemed like a really good fit,” she said.

As a full time employee she will report to a five-person board of directors that has been in place since zWORKS began a year and a half ago.

Swanson started the job on Jan. 9 and is just figuring out what she would like to do with the newly created role, but she would like to continue the direction that Dan Moyers, co-founder and president, took with the group in terms of education and recognition of its roughly 150 members.

“I think it gave me such confidence coming into this role knowing how well everything has been put together, how well respected zWORKS is in the community, and I think it’s been communicated so well what zWORKS does,” Swanson said.

“This is very small in the world of coworking, but I think it has a different flavor and a different feel,” she said.

“I love that we have an office like this that’s tied into our downtown,” Swanson said. “I love that this feels like Zionsville inside our office.”