Economic development will be a focus in Zionsville in 2017. The chamber of commerce wants to be more active in that area, according to Board President Kris Patel.

One of the chamber’s sub committees, Government Affairs and Economic Development, will focus on creating a vision for economic development versus a focus on government development as in past years, he said. 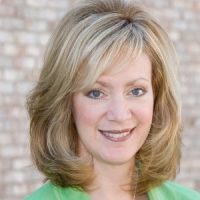 Tracy Phillips joins the chamber in 2017 as the new executive director, and there is an expectation that she will bring her events expertise to potentially add a new event.

“We think Tracy is going to be able to take us to the next level in terms of making the chamber a bigger presence in the town of Zionsville,” Patel said.

Finding a way to bring entrepreneurs into town and retain them through all phases of growth is a goal of zWORKS for 2017. Members of the coworking space are currently split evenly between those working for other businesses and those who are creating start-ups.

zWORKS president Dan Moyers expects some changes in staff in the new year. Ashley Marvel was hired last month as community experience manager, and there are plans to hire a full time executive director in the first quarter of 2017. Marvel will split her job between zWORKS and Indianapolis coworking space The Speak Easy, with both locations sharing reciprocity among members.

Moyers hopes the town will find interim solutions for businesses that have graduated from the smaller zWORKS building but aren’t ready to build a larger office in Creekside Corporate Park.

“We need more options if we want these companies to stay in Zionsville,” he said. “These graduate spaces are part of being competitive.”

With the completion of the infrastructure of Creekside Corporate Park, Zionsville’s Director of Planning and Economic Development Wayne DeLong expects an increase in daytime traffic once new businesses build in the new office park. DK Pierce and Associates, the second tenant of Creekside, is expected to complete its building in 2017.

Just down the road, a 47,000-square-foot food-grade facility for Hurst Beans should be completed midway through next year at 106th Street and Bennett Parkway, DeLong said.

The property known as The Farm, owned by the Pittman family and at the southwest corner of 116th Street and Michigan Road, is unable to commit to development, although Steve Pittman said he would like to see it move forward. The land was approved for a mixed-use development by the Zionsville Town Council in 2015.