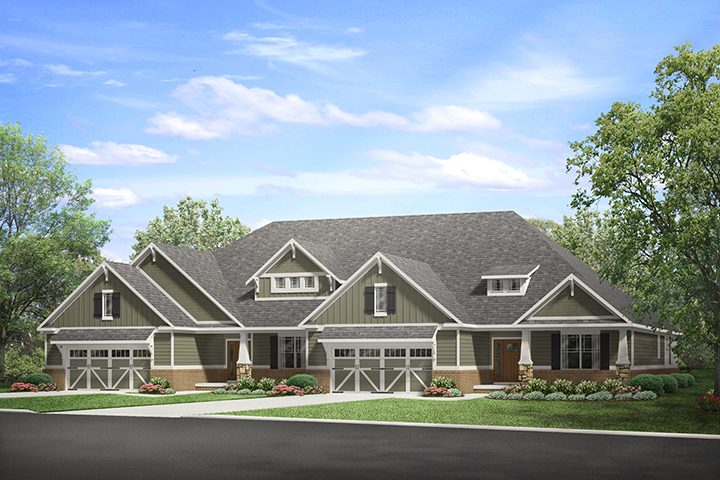 Hoosier Village is building 75 duplexes as part of a $45 million expansion called The Oaks. (Submitted photo)

For years, Dave and Janice Welty drove past Hoosier Village on the way to visit their daughter and her family in Zionsville. They often wondered what lay beyond its entryway on W. 96th St., and as it turns out – it’s their next home. 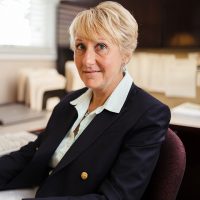 The Weltys expect to be among the first residents of The Oaks at Hoosier Village, a $45 million, 75-duplex expansion of the retirement community featuring homes designed primarily for those just entering their senior years. The units average 3,000 square feet and include open floor plans, two-car garages, optional walk-out basements and more.

“They really didn’t want to give up having families visit, entertaining and keeping the things they really love,” she said.

Dave Welty, who worked in real estate before retiring, said he was attracted to the large front porch, much like the one on his current home in the Dayton suburb of Oakwood.

“I like the exterior appearance,” he said. “I really like the idea of an outside porch, kind of like the old-fashioned communities where everybody sat outside.” 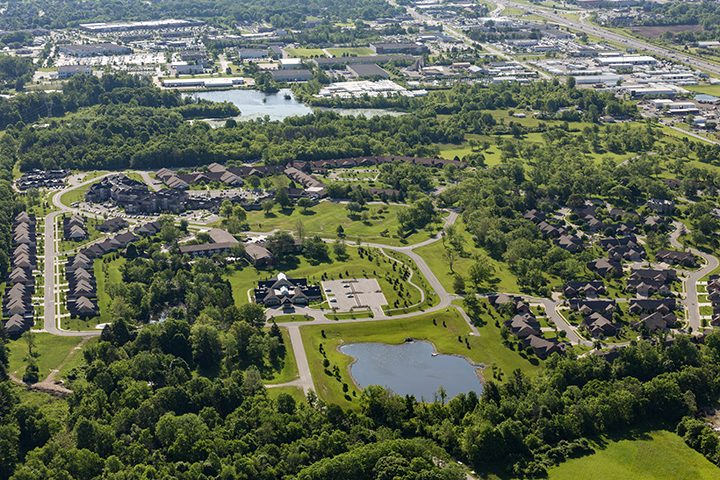 The Oaks will be constructed on 70 acres on the north side of the Hoosier Village campus. (Submitted photo)

Jones said that others in the senior living industry have recently reached out to Hoosier Village because of the community’s efforts to attract younger residents. The minimum age to live there is 62 years old, although spouses may be younger.

“There’s a lot of interest in what we’re doing, because we’re attracting such a young crowd,” Jones said.

“Senior living providers are looking at the customer base and making the determination that sometimes younger seniors might also be interested in having their own homes, a built-in community and wonderful amenities,” she said, adding that she’s heard of some communities allowing residents as young as 55 years old.

Carroll expects the trend to continue as the “silver tsunami” of Baby Boomers reaching retirement age continues to grow. She said young retirees are interested in prime locations, low- or maintenance-free housing, great dining options and robust activities and more.

“There are some really interesting things going on right now in designing these properties and figuring out what people want, and it’s exciting,” she said. 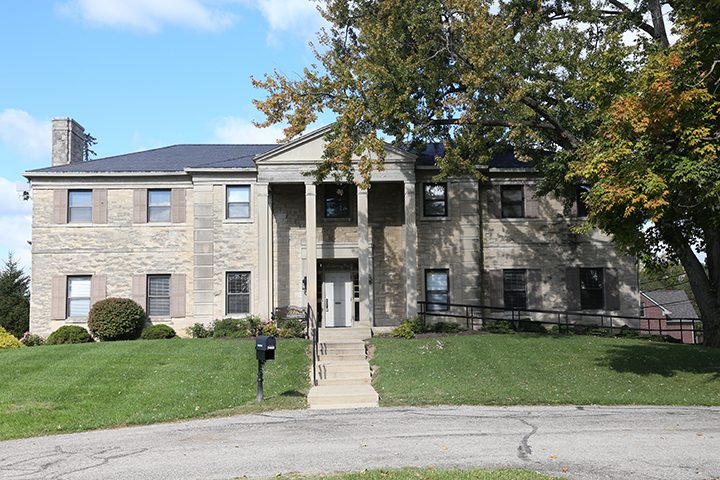 This building on the Hoosier Village campus once housed an orphanage but is now home to BHI Senior Living’s IT department. (Photo by Ann Marie Shambaugh)

The Oaks will be constructed on nearly 70 acres on the north side of the Hoosier Village campus, which is at 5600 W. 96th St. Construction of the model will begin this month, with other units scheduled to be built in 2017.

In addition to the 150 units in duplexes, the expansion will include seven estate lots, a pocket park, garden area, pavilion and the community’s second dog park. The buildings will be near a forested area and within walking distance of a new nature trail through the woods and native prairie park.

Welty, who at 80 is likely to be older than some of his new neighbors, said that – among other things – he is looking forward to living in a community that makes it easy to go walking outdoors.

“You can get out, even in your later ages,” he said. “It’s just nice, kind of like a college campus, with all those beautiful trees. To me there isn’t much it’s lacking.” 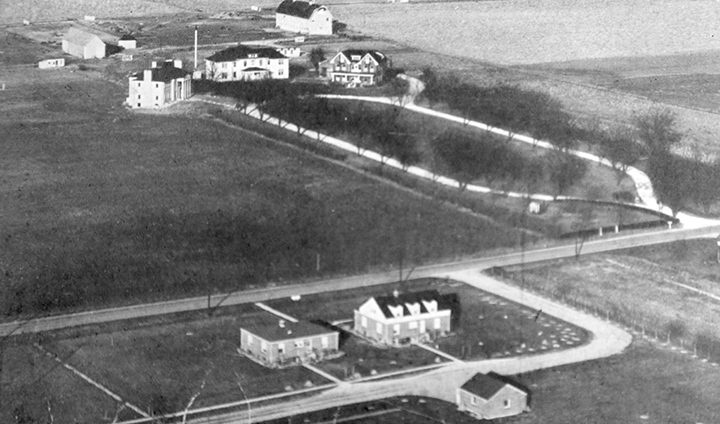 Hoosier Village started as an orphanage and school in the early 1900s. It transformed into a senior community in the 1950s and has continued to expand since. (Submitted photo)

While Hoosier Village has found its niche providing homes for people in retirement, it didn’t start out that way.

In 1904, Edward and Sarah Crawford donated 185 acres to start an orphanage in Boone County. The Crawford Baptist Industrial School was run out of a building on the campus that now houses the IT department.

Decades later, its mission began to change as welfare organizations opted to place children with foster families rather than in orphanages.

“In the ’50s there was less of a need for (an orphanage), but they began building the first part of what was then the Indiana Baptist Home in Zionsville,” Jones said.

Hoosier Village was founded on the site in 1956 as BHI Senior Living’s first full-service retirement community. BHI,  which has roots in the Baptist denomination,  still operates the campus, as well as Four Seasons in Columbus, The Towne House in Fort Wayne and Wesley Manor in Frankfort.