You are at:Home»Current in Carmel»Carmel Community»From Quaker to Turkish schools, teacher brings diverse experience to Midwest

Margaret Ozemet feels quite comfortable in her first year as a Midwest Academy teacher in Carmel. 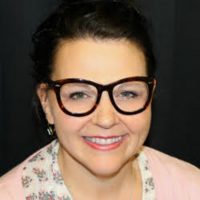 “I always taught in progressive Quaker schools (in the Philadelphia area), so that’s why (the Midwest) is very comfortable for me, because it’s much like a Quaker school,” she said. “We’re very process-centered instead of outcome. It’s dealing with the individual student’s needs as opposed to the curriculum’s needs or my needs as a teacher. It’s about what that students needs to get through to get information to them.”

Ozemet lived in Turkey for three years and taught English as a new language in Izmir. Her husband, Gokhan, an engineer, is from Turkey.

“I taught in a private school in Turkey, and I was the only person who spoke English in the school,” Ozemet said. “Most of the communications, except with a couple of students, was in Turkish. The students are very formal in Turkey. You wear white lab coats as a teacher. Every teacher is addressed as Hocham, (which means) my teacher. They stand at their desk until you tell them you can sit down.”

Each morning you sing the Turkish national anthem in front of a giant statue of Mustafa Kemal Ataturk, the modern founder of Turkey, and again on Friday afternoon, Ozemet said. The days are 9 a.m. to 5 p.m. with an hour break.

“No matter how much you would assign or their parents would ask you to assign, they never did any homework,” Ozemet said. “It’s just a battle. That’s why I’m so reluctant to give homework anymore.”

“Class management was hard, because I didn’t speak a lot of Turkish. I hadn’t been there that long,” Ozemet said.

Ozemet then moved back to Philadelphia from Turkey five years ago and moved to Zionsville four years ago.

A student’s voice is respected in the Quaker schools, she said.

“He has an inability to talk and has a hearing loss. He’s hard of hearing basically and he signs,” Ozemet said. “He’s beginning to talk. He’s in development pre-school.”