Adam Howell knows his gospel group is a bit different than most.

“We’re all under 30, and gospel music is traditionally more of an older crowd,” Howell said. “The artists are usually older. It’s unique we’re all young, and we try to bring energy and enthusiasm to be a little different.” 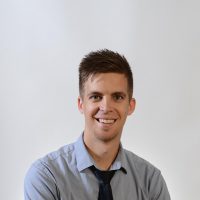 Howell, 29, performs with The Disciples with Holly Early and Kortney Golden. The group will perform with other artists as part of Indianapolis Gospel Music Festival concert series at 6 p.m. Nov. 5 at Life Tabernacle church, 3540 Oliver Ave., Indianapolis. They typically play at churches, festivals and county fairs.

Howell started the group 15 years ago with his identical twin brother, Daniel.

“He sang the high part and I sang the low part,” Howell said. “We enjoy singing about the love of God and doing it in an exciting way.”

Two years ago, Daniel moved to McKenzie, Tenn., where he is the technical director for Bethel University’s five musical groups.

“He does all the production and all their major shows,” Adam said.

Howell, who grew up in Tipton, lived in Noblesville for six years. He recently moved to McCordsville.

The Disciples released their eighth album, “Reunion,” in July.

“Since it was our 15th year, we had a fun reunion and brought all of the old members back,” Howell said.

Howell serves as a freelance assistant director for The Gaithers, an American southern gospel group, working on their live videotaping for the past three years. He is also the director of operations for the Heartland Film Festival. He joined Heartland in 2009 and has been full time since 2010.

“Heartland exhibits films that do more than entertain, they have films that inspire people,” Howell said.

Howell and his wife Natalie have an 18-month-old daughter, Brooklyn.