You are at:Home»Current in Zionsville»Column: Bicentennial party a ‘reason’ to love Zionsville 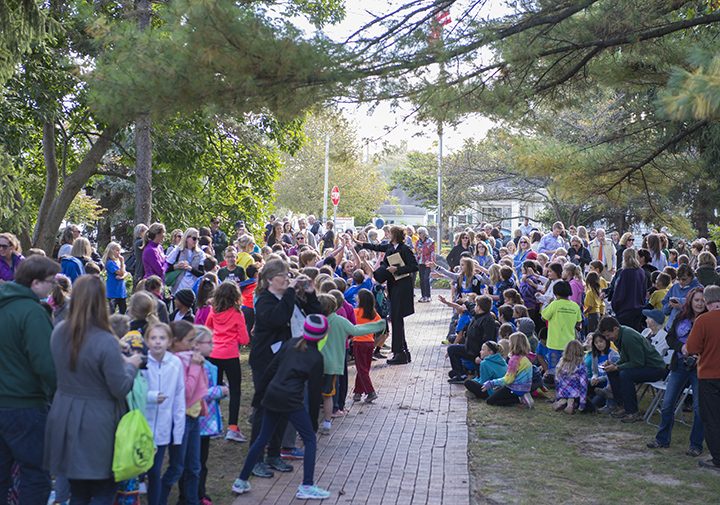 Now and then something exceeds my expectation. Not often, but sometimes.

That happened last week in Lincoln Park for the Bicentennial Celebration.

Maybe you were there. If so, you saw Abe Lincoln himself in the gazebo, hand thrust forward holding the family Bible, as he spoke against the evils of slavery.

You saw Mayor Tim Haak thanking Abe for stopping by again, reminding him of his last stop in Zionsville on his way to his inauguration in 1861.

I hope you took a good look at the cake, which boasted all the symbols of Indiana – the state flag, the state flower (peony), the state tree (tulip) and the logo of the Town of Zionsville.

You know the logo — the one the one that says “Zionsville…for all the right reasons.”

Well, I understand that motto now. “All the right reasons” for making Zionsville home were on display, right there in Lincoln Park. Scores if not hundreds of fourth graders sitting quietly on either side of the brick walk waiting to learn both Indiana state history and to become part of it; middle school musicians filling the air with the audio fragrance of Gershwin; town council members, past and present, waiting to greet the bicentennial torchbearer; an honor guard; and the list goes on and on.

The most beautiful part of the ceremony came at the end, of course. That’s when Zionsville Police Dept. Officer Josh Chapman, running in memory of our late and beloved Town Marshal David Effler, came running down the brick pathway to the gazebo.

There to meet him, in addition to dignitaries and Police Chief Robert Knox, stood David Effler’s widow, Pam. With Pam in the gazebo stood their son, Josh, and his wife, Mya, and their baby boy.

Guess what Dave and Pam Effler’s baby grandson is named?

That’s right. He is Marshall Effler.

Forget the cake, forget the pie. Forget that Indiana is officially 200 years old. Let’s just celebrate us – that we live in a town with so many “right reasons” to be here.